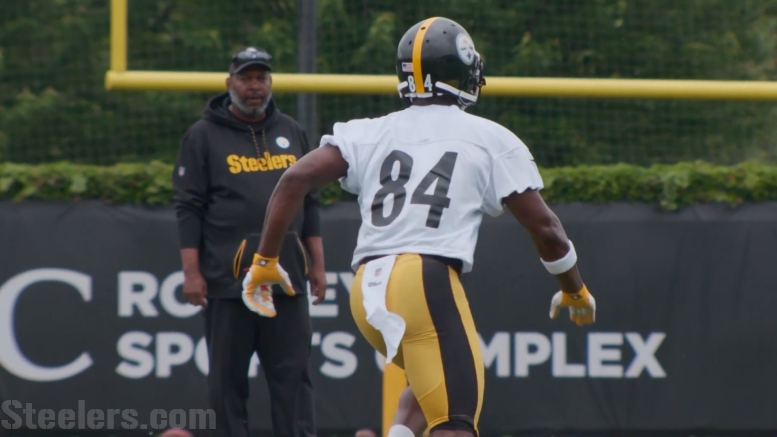 The Pittsburgh Steelers are close to trading Antonio Brown. Stop me if you’ve heard this one before. The most recent report comes from the PPG’s Gerry Dulac, who doesn’t name the team involved.

BREAKING: Steelers are close to a deal to trade Antonio Brown, per source.

Brown appeared to hint at a deal with the Oakland Raiders about an hour ago, telling fans on Instagram to “stay tuned” while wearing black and grey during his workout. If they’re the team, one report had Jon Gruden and company offering a 2nd and 4th round pick.

A deal with the Buffalo Bills evidently fell through last night, Brown nixing the deal, but he appears more open to playing with the Raiders.

Three teams "still alive" in the running for Antonio Brown, per source. Deal could be completed soon, tho.

According to Aaron Wilson of the Houston Chronicle on Friday, Brown has been telling people close to him he will be traded to the the Oakland Raiders. Friday evening the wide receiver posted an Instagram video in which he announced that news about his new team could be announced within the next 24 hours. The raiders have seemingly been the most-logical team to trade for Brown over the course of the last several weeks as not only due they have a need for a wide receiver such as Brown, they also have plenty of draft capital to offer up as compensation.

The Raiders, or any other team for that matter, wound obviously more than likely request permission from the Steelers to talk to Brown’s agent prior to trading for the wide receiver just to make sure they know what financial demands might be in store for them in addition to making sure the player wouldn’t mind playing for them.

Brown reportedly recently nixed a trade the Steelers had been working on with the Bills and apparently some reports are suggesting the wide receiver blew that deal up by threatening to retire if dealt to Buffalo. The Steelers would obviously like Brown dealt prior to having to be on the hook for the $2.5 million signing bonus the wide receiver is due on the fifth day of the new league year.

This week, Brown is in Miami getting in some offseason training and he’s been joined by a few younger Steelers players, running back Jaylen Samuels, safety Marcus Allen, safety Terrell Edmunds and outside linebacker Ola Adeniyi.