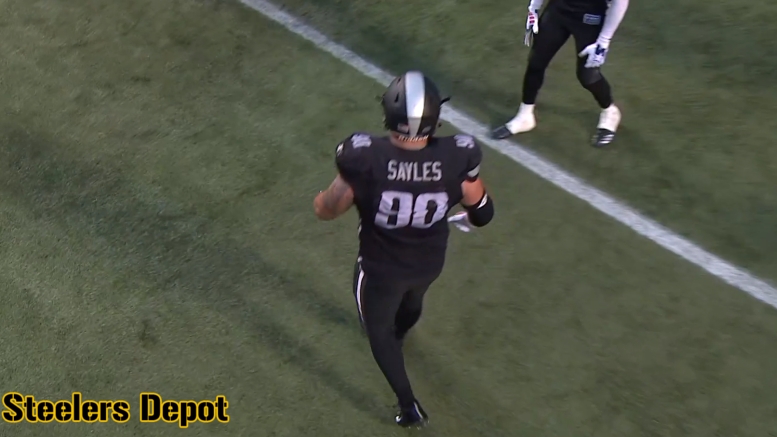 The Alliance of American Football has been getting a good amount of coverage here for the very simple reason that I have been providing it. But there is a reason for that—a reason beyond the reality that there is less to write about at this time of year—that being because some of these players are going to find themselves on NFL rosters in a couple of months from now, and that could very well include the Pittsburgh Steelers.

In fact, there are a few players who have spent time with the Steelers who are doing rather well for themselves so far in the AAF’s inaugural season. Linebacker Terence Garvin, who spent three years in Pittsburgh, leads the league with three interceptions. Cornerback Jamar Summers, who was in training camp last year, has been among the best at his position.

Another player who we haven’t really mentioned a lot yet is Casey Sayles, originally a college free agent signing of the Los Angeles Rams in 2017. Even that original contract included no guaranteed money, so the only money he has earned during his professional career in the NFL is whatever players get in the offseason, which isn’t a great deal.

Sayles spent the 2018 offseason with the Steelers but did not make the roster despite flashing at times in the preseason. Now he is doing the same with the Birmingham Iron, for whom Pittsburgh is an affiliate team, as players who last played in the NFL are assigned to AAF teams based on their last team.

Officially, Sayles has nine tackles and one sack for the Iron so far this season through four games, the second-most tackles by a defensive lineman on the team behind only Jeremy Faulk, who has 19 tackles and two sacks.

According to Pro Football Focus, however, he has been among the best defensive linemen in the league so far on a per-snap basis. In fact, at the moment, he has their highest grade among linemen at an even 90.0 (adjusted since this graphic was Tweeted).

On 106 pass-rushing snaps, he is credited with 12 total pressures, half of which have been a quarterback hit or a sack. Only one lineman has more pressures, that being Joey Mbu, and of his 13 pressures, 10 have been hurries.

Additionally, his eight total defensive stops are the sixth-most at the position, but he is the only one among that group that is not charged yet with having missed any tackles. He also has a batted pass.

One of his best plays of the season so far came last week in the Iron’s first loss. As the defense was trying to prevent a touchdown late in the game during a six-play goal-line stand, it was Sayles who made the tackle on the final third-and-one for a loss that force a field goal and kept Birmingham alive.