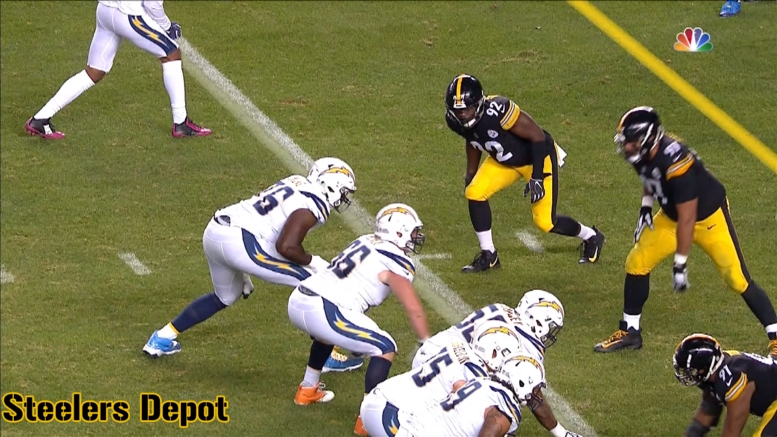 Topic Statement: Olasunkanmi Adeniyi will have a strong second season as a rotational player.

Explanation: The Steelers were high on college free agent Ola Adeniyi last year, but he spent most of it on injured reserve. Mike Tomlin included him when talking about expecting the second-year players to make a big jump this season. Anthony Chickillo has been the team’s rotational pass rusher.

It starts with the fact that the coaching staff likes him. That’s why they carried him on the 53-man roster to begin the season so that he could be eligible to be a player designated to return from injured reserve later on in the season.

He impressed in the preseason with three sacks, two of them producing fumbles, and the coaching staff knows how much they need a player who can do that. With Bud Dupree entering the final year of this rookie deal, and Anthony Chickillo just being Anthony Chickillo, the opportunity should present itself.

Chickillo was the only other outside linebacker behind the starters last year while Adeniyi was on injured reserve. Both Adeniyi and Chickillo should get playing time this year to spell the starters, and the former’s pass-rushing skills should keep him in the rotation, potentially even as the primary reserve with the potential for a bigger role in the future.

Predicting success from such a small body of work is a crapshoot. We were just as high on Matthew Thomas last season as the next great inside linebacker, but the Steelers didn’t even see enough in him to sign him to a futures deal. Of course, he can still show the team that they made a mistake.

For the moment, the only success Adeniyi has had was against backups, or even players no longer in the league, during the preseason. He did manage to draw a holding call in his brief playing time during the regular season, but that is not a predictor of future success.

Aside from that, there is the possibility that the Steelers add a player to the position this offseason that take over his spot on the depth chart. They do have 10 draft picks so it’s not exactly unreasonable to believe they will use a good one on an edge defender, who may immediately play over Adeniyi.