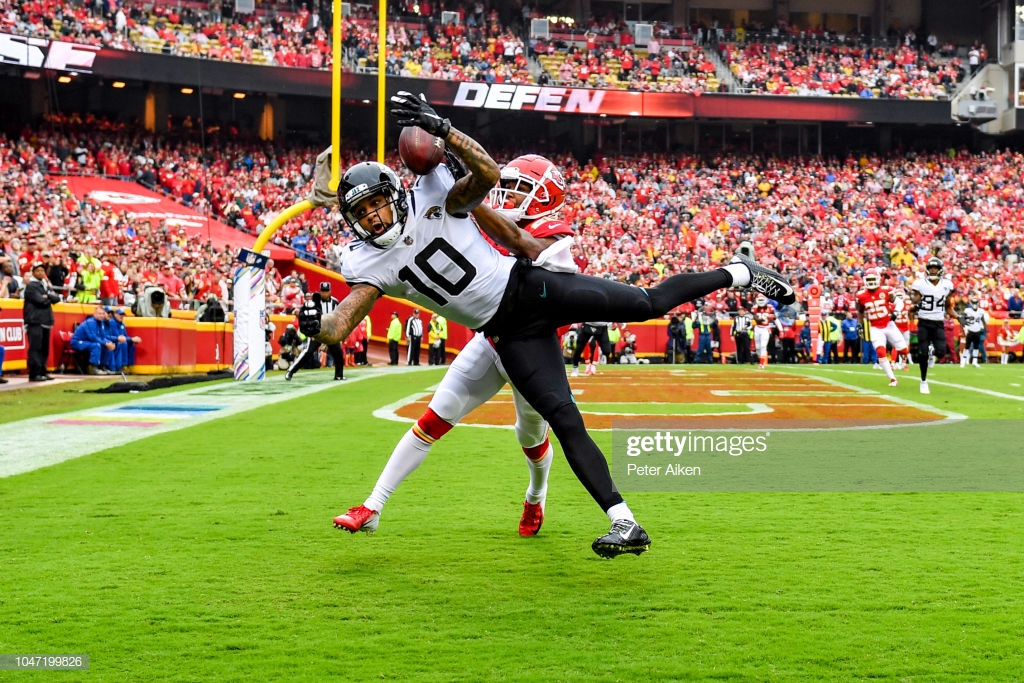 There’s going to be a lot of discussion about Donte Moncrief over the course of the next several days, and understandably so given that the Pittsburgh Steelers just signed him in the aftermath of the trade that sent perennial All-Pro Antonio Brown to the Oakland Raiders. He’s obviously not expected to be a one-for-one replacement, but will be a contributor in a collective effort.

His career is going to be framed in many contexts, but it’s worth talking about what numbers he has put up, and what he has done with whom at quarterback. Over the course of his five-year career, he has caught a pass from eight different quarterbacks, with at least 25 targets in total from five of them, so he has had a lot of moving parts—and a lot of variance in quality.

Of his 347 total targets, only 141 came from quarterback Andrew Luck, it’s worth noting, but 84 of his 200 career receptions have also come from him. Those 84 receptions produced 1036 receiving yards and 14 touchdowns versus two interceptions when targeted for a quarterback rating of 109.5.

The second-most success that he had working with any one quarterback was with Jacoby Brissett a couple of years ago. He caught 26 of his 44 targets from the former New England Patriots draft pick while with the Indianapolis Colts, producing 391 yards and two touchdowns for his efforts (including one against the Steelers for a quarterback rating of 103.5.

Spending last season with the Jacksonville Jaguars, he caught just 48 of 90 total targets for 672 yards and three touchdowns versus two interceptions. When targeted by Blake Bortles, he caught 32 of 65 passes for 518 yards and three touchdowns against two interceptions for a quarterback rating of 78.1. He caught 16 of 25 targets from Cody Kessler for 154 yards and a quarterback rating of 81.1.

The other significant contributor was Matt Hasselbeck, who completed 34 of 52 passes targeting Moncrief a few years ago for 372 yards and one touchdown, but also two interceptions. His catch rate of 65.4 percent was the highest he had working with any one target.

It’s worth noting that Moncrief and Luck only worked with one full season together in which both were healthy, which was his rookie year of 2014. Luck missed most of the 2015 season, and in 2016, despite playing in 15 games, appeared through a shoulder injury that had still been lingering since the year before. The wide receiver also missed seven games that year himself. Luck then missed all of 2017 because of that shoulder injury.

It’s fair to say that Luck is by far the best quarterback Moncrief ever worked with at the NFL level, by a comfortable margin, and even the time that they spent together was less than ideal. Ben Roethlisberger will easily be the closest in quality by comparison.

Also, keep in mind that these numbers, gathered via Pro Football Reference, merely represent raw numbers taken out of the in-game context. Still, I think there is still some value in seeing how the numbers break down by quarterback for a wide receiver who has had to work with so many.