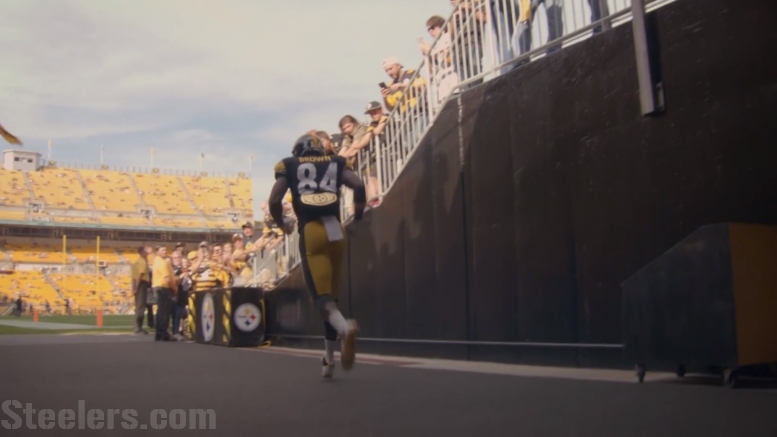 Antonio Brown met with Pittsburgh Steelers president Art Rooney II last Monday. It was a meeting that was long sought after by the Steelers, but which Brown had been resistant to. He simply didn’t want to have anything to do with it anymore. Reportedly, he initially rejected that meeting before changing his mind.

Perhaps it was because he was worried about what the Steelers would do. He has made it very clear by now that he wants to find another team that will treat him more in line with how he believes he deserves to be treated.

In the meantime, while the Steelers have acknowledged that they are open to pursuing a possible trade to send Brown away, they have also been explicit, whether genuine or otherwise, that they would only make a trade that would make sense from an organization perspective, meaning that they have to get high-end compensation for the wide receiver.

Reportedly, the team also told Brown during that meeting that he needs to stop hurting his trade value with his behavior that he has displayed since the season ended, which many have come to believe has been at least partly an orchestrated attempt to force the team’s hand to move him.

So now we have a balancing act going on about how far he can go to force the Steelers to trade him while not going so far as to prevent other teams from wanting to trade him. part of that act is lowering his value to Pittsburgh, which would reduce the compensation they would feel is necessary to get back by dealing him.

But as far as Brown is concerned, his career in Pittsburgh is over. I’m not sure what his plan is if he’s not traded by March 17, but I’m having a hard time imagining he would play. During his appearance on HBO’s The Shop last night, in which he spoke with NBA All-Stars LeBron James and Anthony Davis, he let his feelings be known.

At one point, Davis asked Brown, “could you go back and play in Pittsburgh? Is there any way?”. James responded first, saying, “it doesn’t look like there’s any—no there’s no shot of him going back to Pittsburgh”. During James’ answer, you could hear Brown add, “there’s too much smoke”.

I think that says it all. It’s going to be really hard for Rooney, General Manager Kevin Colbert, and Head Coach Mike Tomlin to convince themselves, let alone others, that there is a relationship to salvage here. While Colbert talked on Wednesday about players being emotional and that their feelings can change, that seems like wishful thinking at this point when it comes to Brown.