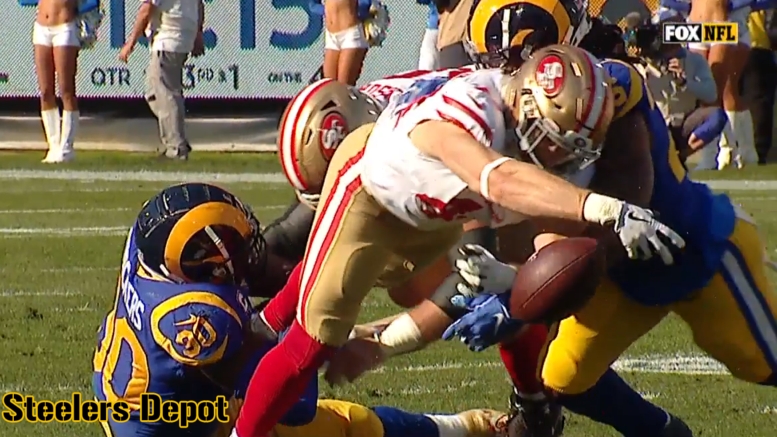 Question: Will Mark Barron and Vince Williams be the Steelers’ starting inside linebackers in 2019?

The Steelers are pretty much spending as they never had before in free agency in 2019. They have already signed three outside free agents, though one of them officially was a street free agent rather than unrestricted. At least two of them signed contracts averaging $6 million or more per season, and we still don’t know the details of Donte Moncrief’s contract, but he made nearly $10 million last season in Jacksonville.

Barron is an interesting pickup because he is not strictly a linebacker nor a safety—the sort of hybrid player that, frankly, the team has been looking for for a good long while now. But failing a better alternative as a full-time starter in their base and nickel packages, will Barron be one of the team’s starting inside linebackers this season?

The Steelers are still going to exert maximum effort to land one of the top two inside linebackers in this draft class. They have the 20th-overall pick and they also have some ammunition they can use to make a move up if necessary. Given that they have already ostensibly filled their other two biggest holes, it seems all the more plausible that the Steelers may be more aggressive in the draft for a particular player.

Last year’s starter was Jon Bostic, whom they signed in free agency in 2018, but he was already falling out of the rotation toward the middle of the season. They began to favor L.J. Fort late in the season, but he ended up signing a three-year contract with the Philadelphia Eagles.

The only other linebacker on the roster is Tyler Matakevich, so if it’s not a rookie starting, it kind of has to be Barron playing linebacker, with the added bonus being that he wouldn’t have to be subbed out in nickel or even dime defenses. He would, in fact, be the dimebacker.