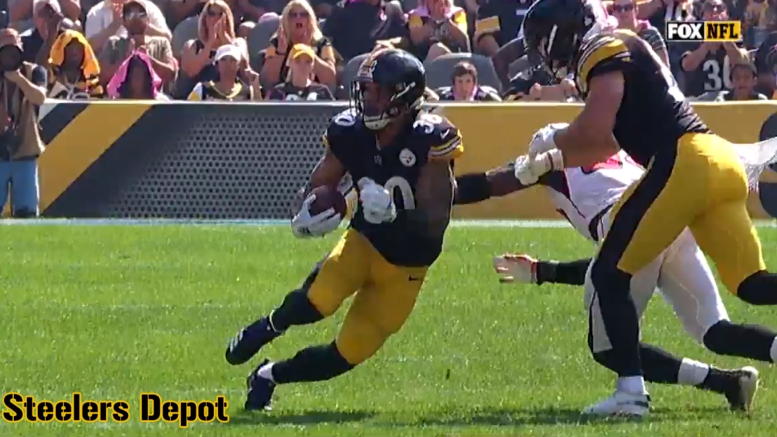 With the 2018 season completely in the books and 2019 staring us down just around the corner, it’s time to pause and take stock of the current state of the Pittsburgh Steelers by looking at their roster as it stands now, going position by position.

The new league year officially begins on March 13, and coincides with the start of free agency. Between now and then, the Steelers figure to make a couple more decisions about what the roster will look like, including the signing of a couple more of their pending unrestricted free agents. There are a few other loose ends to tie up before then as well.

Le’Veon Bell: Well, there’s not much to say about Le’Veon Bell at this point. There was a time not long ago in which he was in the discussion as the best running back in the NFL. He didn’t play last year, by his own volition, so we don’t know what he’ll look like in 2019. The Steelers chose not to tag him, but according to Kevin Colbert, they’ll leave the door open for him in free agency—even if ever so slightly ajar, in case the bottom of his market falls out.

James Conner: Making the Pro Bowl in your first season as a starter is a pretty good beginning. Conner missed three games but still rushed for nearly 1000 yards with 12 rushing touchdowns, averaging 4.5 yards per carry, in addition to nearly 500 more receiving yards. He had four fumbles and a few big dropped passes, however. Clean up a few things and produce a higher percentage of successful carries and Bell will be a distant memory.

Jaylen Samuels: the rookie fifth-round pick made a slow ascent up the depth chart but ended up starting three games late in the year, including a 142-yard rushing game against New England. He is still pretty raw as a running back, relatively new to the position, but he has potential and seems to know what he needs to do to get better.

Stevan Ridley: The veteran Ridley shot himself in the foot by losing two big fumbles in his brief action in 2018. Quite honestly there’s no recovering from that, given the role he held. He may be playing in the AAF, or the XFL, in 2020.

Trey Edmunds: The oldest of the Edmunds brothers, he was added to the practice squad after the Saints let him go as a second-year player. Trey was called up to the 53 after Conner was injured but only played on special teams.

Ralph Webb: Webb was signed to the practice squad after Edmunds was promoted. A below average athlete but considered a hard runner, he signed with the Patriots as an undrafted free agent and made it through the preseason, but missed the final cut.

Malik Williams: A heavier back, he was in the Falcons’ camp last year but suffered an injury during the preseason that resulted in him being waived injured. He remained unsigned after that until the Steelers added him as a futures player.

The Steelers already have a starter and a backup in Conner and Samuels, two players who can even complement each other. Having a strong number three running back is often a luxury, even if Conner has been somewhat prone to injury so far in his career and Samuels is still learning the position. Adding a cheap veteran or a mid- to late-round draft pick is all that would be necessary here. Anything else is an overreaction, unless the value is too good to pass up.