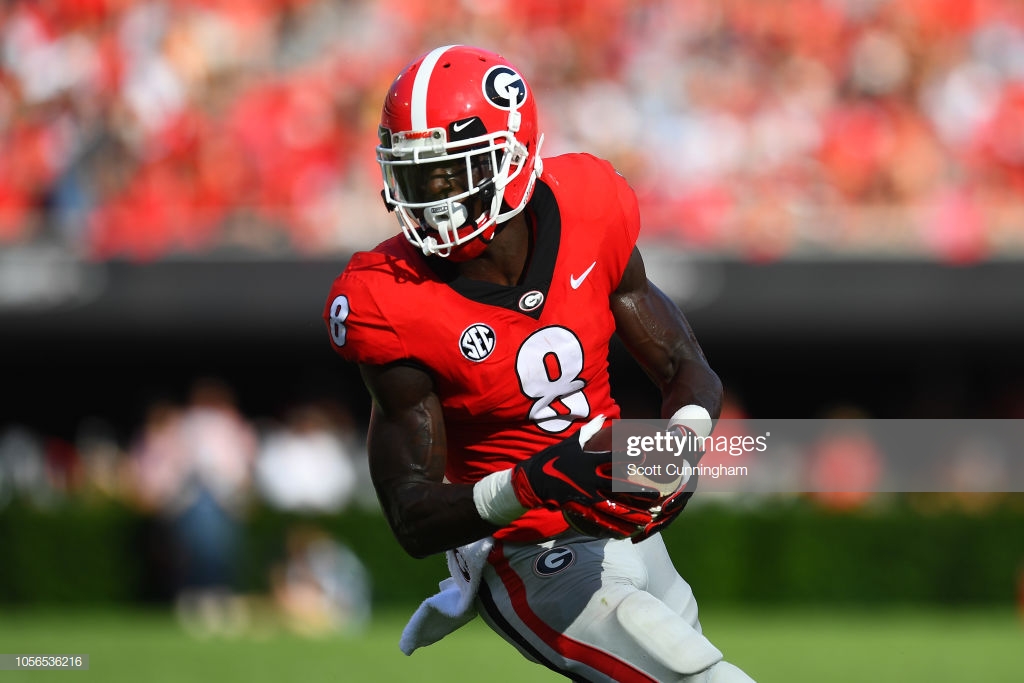 Going to be a busy day at Lucas Oil Stadium today. The marquee event with quarterbacks, wide outs, and tight ends going through testing and drills. A lot to digest so let’s talk about it.

– For the first time in three years, a position the Pittsburgh Steelers won’t be paying much attention to in the pre-draft process. But you never know when you’ll face one of these rookies. Going to see Baker Mayfield and Lamar Jackson twice a year for the next decade; maybe Cincinnati looks for Andy Dalton’s replacement.

– This group isn’t as strong as last year but there’s still talent. Unfortunately for us, Kyler Murray isn’t going to throw or participate in any of the drills. He’ll save those for his OU Pro Day. So the top quarterbacks who are expected to throw at Indy are: Ohio State’s Dwayne Haskins, Missouri’s Drew Lock, and Duke’s Daniel Jones.

Jones is a divisive prospect. Draft Twitter isn’t a fan but the national media believes teams view him as a first rounder. So today should be interesting. It’s a tough spot for quarterbacks and that’s why some elect not to throw. New environment and receivers you’ve never worked with before. Perception is partially reality and QBs get dinged if the ball hits the ground, even if the receiver ran the wrong route.

– Buffalo’s Tyree Jackson is interesting for his size (6’7 249 which…just wow), arm, and ability to throw off platform. Interested to see how accurate he is when asked to roll out and throw on the move. Compelling Day 3 pick.

– Jarrett Stidham (Auburn) is an incredibly tough player I bet will command respect of the locker room at the next level. But he was frustratingly hot-and-cold on his tape and has to demonstrate more consistency in a controlled environment like today. A couple of his teammates are with him, receivers Ryan Davis and Darius Slayton, and it’ll help if he gets lucky and throws a couple to them.

– Really good group top to bottom. Some of the top guys? Both Iowa kids, T.J. Hockenson and Noah Fant, along with Georgia’s Isaac Nauta and Alabama’s Irv Smith. All should perform and test well but are unlikely to become Steelers.

– Who could be in the mix for the next tier? Keep an eye on A&M’s Jace Sternberger, SDSU’s Kahale Warring, and Utah State’s Dax Raymond. Those are big bodies who can make plays downfield.

– Looking for more blocking types, as the Steelers tend to gravitate toward? Foster Moreau – who met with the Steelers at the Senior Bowl – Drew Sample, and Kendall Blanton are prospects who fit that bill.

– Again, gotta emphasize how deep this class is. According to NFL Draft Scout, ten tight ends could be taken in the first four rounds. If the Steelers lose Jesse James, they’ll have options.

– One sad note. Kentucky’s C.J. Conrad won’t workout due to being medically red flagged for a possible heart condition. He hopes to be cleared for his Pro Day in a couple weeks.

"The goal is to get cleared before March 22 for my pro day. Thank you everyone for your thoughts and prayers. I won’t let this stop me from achieving my dream.”https://t.co/qo93gZIjFY

– May not have a clear-cut #1 go who will go in the top five but it’s a deep and well-rounded class.

Ole Miss’ D.K. Metcalf is still the favorite to be taken first. 6’3, 228, nearly 35 inch arms AND tied a positional Combine record with 27 reps on the bench press? Insane. Should have a great workout, too. Teammate A.J. Brown shouldn’t be too far behind him, going in the top 50.

– So if Metcalf is #1, who is #2? Brown? Arizona State’s N’Keal Harry, who fits as the new-age big, slot receivers. There’s NC State’s Kelvin Harmon, who I can’t wait to watch test and learn more about his game.

– In terms of X receiver types who would replace Antonio Brown, my current two favorites are South Carolina’s Deebo Samuel and Georgia’s Riley Ridley. The concern for Samuel are injuries that hampered production; for Riley, it’s just the absence of production.

What will Samuel run? High 4.5’s or low 4.4’s? I think he can get into that 4.45-4.48 range. Ridley should have excellent testing for his size but his quickness and ability to get in and out of his cuts really stands out.

– Who are the short, quick receivers to look out for? Andy Isabella can play on the outside, don’t look at his 5’9, 188 pound frame and assume slot. I’m setting the over/under of “Wes Welker” references for Hunter Renfrow at 500. After disappointing at the weigh-in, 5’7, 173, Wake Forest’s Greg Dortch needs to have the workout of his life.

– With Hollywood Brown out due to a foot injury, who is going to run the fastest 40? Missouri’s Emanuel Hall and Auburn’s Darius Slayton might be the two favorites. Slayton was a track star and a long strider with serious burners.

– How about a small school sleeper? Northwestern State’s Jazz Ferguson, once a three-star recruit and LSU commit who transferred, is reportedly going to test very well. We’ll see how much truth there is to it.