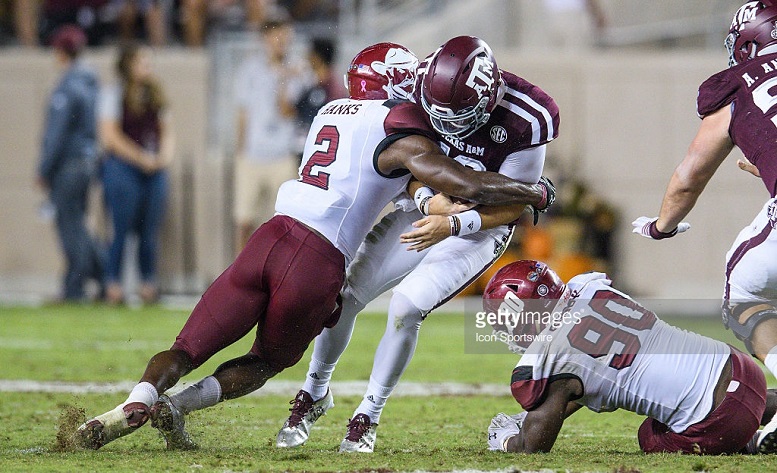 The defense will get its chance to shine beginning today at the 2019 NFL Combine. Today, the defensive line, edge rushers, and linebackers will have a shot to boost, or cement, their draft stock. Here’s what I’m looking for.

– Even though they re-signed Tyson Alualu, the Pittsburgh Steelers still could target a defensive linemen in the mid-rounds. Some names who fit, players with size and length.

Omenihu, Tillery, and Wren are probably the biggest names here. Omenihu has a fantastic motor but a guy like Wren feels like more of a realistic option for Pittsburgh.

– Nose tackle is an option too. Pair of those guys were former running backs in high school, Daylon Mack and Khalen Saunders. Very interested in seeing how they test.

– Boston College DE Zach Allen is one of my favorite linemen of the group, even though I don’t think he’s an ideal scheme fit and he’ll go within the top 50. Might not way in any one test but will have good all-around scores and kill the drills with his hand use.

– How will Ed Oliver test? Definitely bit of an odd body type but great production. His evaluation is sorta all over the place.

– We know some of the top names there like Kentucky’s Josh Allen and Ohio State’s Nick Bosa. Brian Burns should test at a high level, especially with his explosive numbers (vert and broad) with a strong three-cone. Remember, sub-7 seconds is really ideal.

Jachai Polite seemed to add weight, bulking up to 258 pounds, but let’s see if that effects his workout. He’s billed as this twitchy athlete and has to test like it. So today will be big.

– Some mid to late round options interesting for Pittsburgh? TCU’s Ben Banogu and Oregon’s Justin Hollins. Team spoke to Hollins at the Shrine game.

– We’ll get to see some of these guys moving backwards in coverage drills, flip hips drill and then a hook/curl test. We’ll see what guys look fluid and natural or stiff and clunky.

– You know the big names here: Devin White (LSU), Devin Bush (Michigan), and Mack Wilson (Alabama). How they run, test, and look in coverage are all going to be important. Steelers need that kind of three-down player, not a “niche” guy who can only do one or two things at an NFL level.

– Some options if the Steelers don’t go that direction Round One? Watch out for New Mexico State’s Terrill Hanks and West Virginia’s David Long.

– I’ve been pretty critical of Clemson’s Tre Lamar but his 40 time might be ok. He’s best in a straight line with some build-up speed. He’s gotta rise above expectations for his agility drills. Let’s see – and hope – he decides to do them. On tape, I saw a really stiff, robotic player.

– Other names I really don’t know much about? Vosean Joseph (Florida), Jahlani Tavai (Hawaii), and Joe Giles-Harris (Duke). There’s also another Wisconsin Badger on this list, always is, with T.J. Edwards working out.