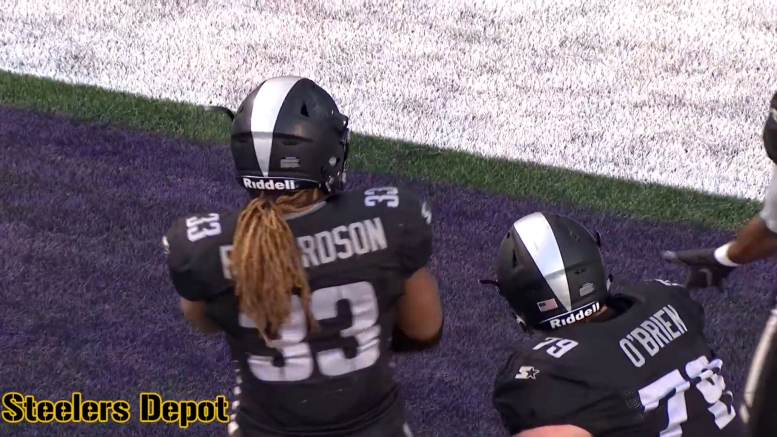 The Cleveland Browns are pretty much used to embarrassing themselves. Even as they look to be turning things around as a franchise, they still managed to go out of their way to sign running back Kareem Hunt as they await word on what discipline he will receive from the league. It’s a non-guaranteed contract, but it seems unnecessary to even attempt it at this time, especially with Nick Chubb and Duke Johnson already on the roster.

There was no bigger blunder at the running back position for them, however, then when the Browns traded up from the fourth-overall pick to the third to draft Alabama’s Trent Richardson. He immediately proved to be a bust to the point that they traded him after just one season.

Yet they somehow managed to get a first-round pick back for him from the Indianapolis Colts, where he lasted two seasons. Richardson had been out of the NFL since 2014, but he has recently resurfaced as the featured back of the Birmingham Iron of the Alliance of American Football.

Richardson, who rushed for 2032 yards on 614 carries with 17 touchdowns in 16 games played at the NFL, has been drawing praise for his production in the AAF. He leads the league with six rushing touchdowns already in the Iron’s first three games, in which they are 3-0. He is in fact the only player for the team to have scored a touchdown so far.

Former No. 3 pick Trent Richardson is dominating in the @TheAAF:

While he is currently averaging a stunningly low 2.5 yards per carry—by far the lowest total of any of the eight-team league’s primary ball carriers—he has also dealt with the worst run-blocking offensive line in the AAF so far, though their pass protection has been better.

On 49 rushing attempts—the most of any player so far—he has 145 rushing yards through three games, but his six touchdowns are twice as much as anybody else. His 14 first-down runs are also four more than anybody else. He has more yards after contact than total rushing yards and has forced a total of 20 missed tackles, according to Pro Football Focus, which grades him as the second-best running back of the league so far.

So the question now is, will an NFL team give him another chance when the AAF’s season is completed at the end of April? He isn’t having much difficulty scoring touchdowns, that’s for sure. It’s unlikely anybody would be bringing him in thinking he will be their bell cow back, but it wouldn’t be surprising if he’s in an NFL team’s training camp in August. He was last in training camp with the Baltimore Ravens in 2016. He also played in the CFL in 2017.