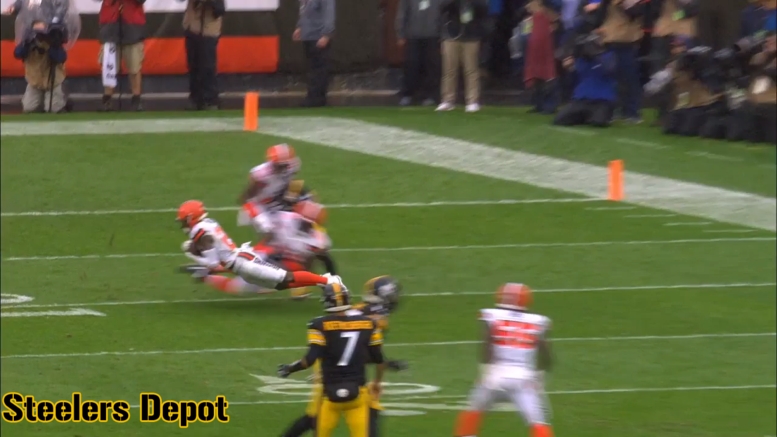 Steve Wilks got an opportunity to try his hand at leading a team as head coach because of what he was able to accomplish as a defensive coordinator. While he was only given one year before being fired from the job with the Arizona Cardinals, he is excited to be back coaching a defense with the Cleveland Browns in which he sees not just a lot of talent, but a lot of youth.

After all, they ought to have youth, considering the number of investments they have made there. Just over the past two drafts, they have added three defensive starters via the first round, beginning with edge defender Myles Garrett with the first-overall pick in 2017 (and later in the round, safety Jabrill Peppers), coming back in 2018 for cornerback Denzel Ward as the fourth-overall pick. Garrett and Ward both made the Pro Bowl in 2018.

Garrett is of course one of the centerpieces of the defense as a premiere pass rusher. While he is naturally still growing and continuing to get better, he has already proven to be a handful for offensive linemen to deal with.

The defense noticeably did make strides last season, and over the course of the year, but there is still much to improve, and the unit struggled in key moments. That was under Gregg Williams, the defensive coordinator for the past two years, who was fired this offseason, Wilks brought in to replace him.

One of the players that Wilks is intrigued by is Peppers, the athletic and versatile safety who played all over the field in college. He coached with similar traits in Arizona, comparing him to Shaq Thompson and Budda Baker.

Damarious Randall, whom they acquired via trade last year, is also versatile. In fact, he played cornerback while he was with the Green Bay Packers before the Browns moved him to safety, so both of their players on the back end have that ability in their back pocket.

That gives a defensive coordinator like Wilks a lot of opportunities to be creative, but there is still room to improve, and to upgrade. “We are going to try to get every player we can that is going to be able to help us win a world championship”, he said when asked about possible additions in free agency.