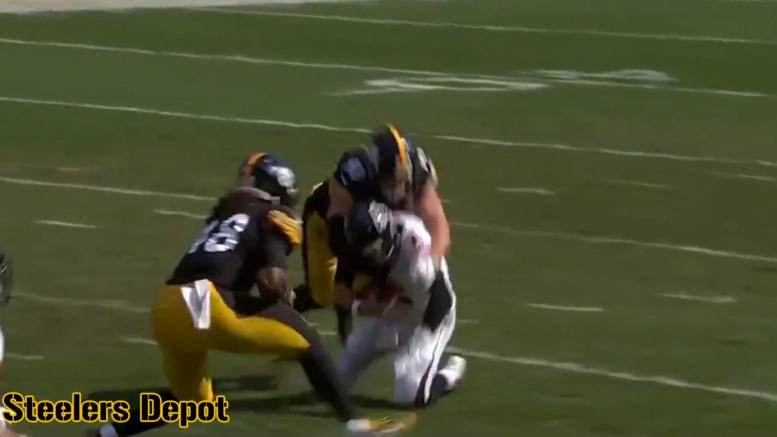 While the Pittsburgh Steelers still have plenty of problems on the defensive side of the ball—of particular issue this past season was the inability to take the ball away and struggling to close out games—there have been strides made in recent years as well.

For one thing, the pass rush has been on an upward trajectory for the past two years, totaling over 100 sacks in that span and increasing the overall pressure rate to a top-10 level in 2018. They also improved in keeping the lid on the defense in terms of the explosive plays allowed, though that is still a work in progress.

One area that improved a lot was in the single most fundamental element of defensive football: tackling. according to Pro Football Focus, they ranked 32nd in the NFL in terms of the number of tackles missed as a defensive unit with 147 over the course of the regular season. In 2018, they only missed 86 tackles, which ranked fifth.

One area that the #Steelers improved significantly in the 2018 regular season was tackling.

That is a massive improvement, even if 86 missed tackles might still sound like a lot—a bit over five per game on average. Some of the biggest offenders in terms of missed tackles were either taken off the field or moved to new roles—Sean Davis moving to free safety, for example—so that was part of the equation.

As much as things still need to improve, cleaning up the tackling is truly the first step for any defense looking to turn things around. You can’t fail to make the plays that you put yourself in position to make and expect to continue to be successful.

It helps to have some solid tacklers such as Cameron Heyward, and newcomers like Jon Bostic and rookie Terrell Edmunds seemed to contribute positively in that area. T.J. Watt, admittedly, is one young player who can be more consistent.

With the tackling improving, the next step is obviously making more plays. The Steelers ranked toward the very bottom of the league in terms of takeaways last season as they continue to search for playmakers. Watt was able to produce six forced fumbles, but they need some people in the secondary who can take the ball away.