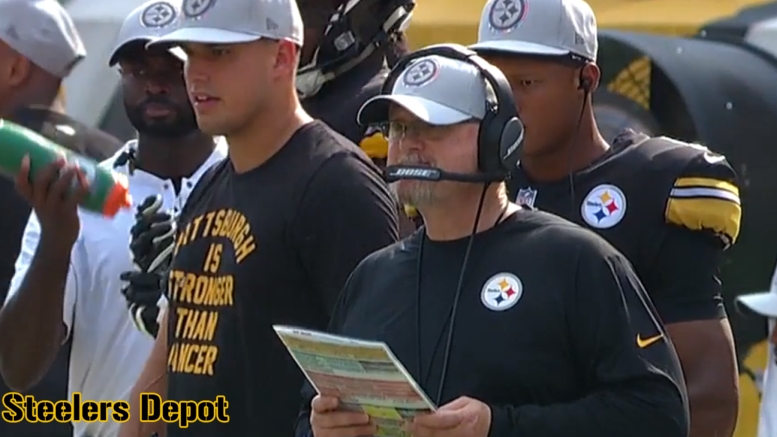 So far this offseason, the Pittsburgh Steelers have seen a fair amount of shakeup on their coaching staff, parting—whether by choice or otherwise—with three members of their coaching staff as position coaches. They brought in three new faces and promoted one coach from within. But are they done now?

The first decision that the Steelers made was not to renew the contract of Joey Porter, who had been their outside linebackers coach since 2015. His four-year contract having expired, they chose to move in another direction.

They did likewise with running backs coach James Saxon, who had been on board for a similar period of time, replacing Kirby Wilson. After his contract expired, they also decided to move on, and in his place they hired Eddie Faulkner.

Faulkner just so happened to be the position coach of 2018 draft pick Jaylen Samuels, who was converted to running back when the Steelers picked him up. He even ended up starting three games due to injury, and rushed for 100 yards in one of them.

Then there was offensive line coach Mike Munchak, who chose to take a job in the same role with the Denver Broncos after his contract expired. While the Steelers tried to give him an extension a year ago, he knew that he wanted the flexibility this year, and it aligned with the opportunity to work in the same city as his daughter.

But will that be all? There are still other opportunities that the team could pursue, but it doesn’t appear as though they plan to do so. In fact, based on reports, it’s currently looking like both of their coordinators will be given additional roles.

These seem to be unnecessary decisions when there are opportunities to add to the coaching staff in these areas. Can they still surprise and add another member to the staff, or is this this group that will be working with the roster in 2019?