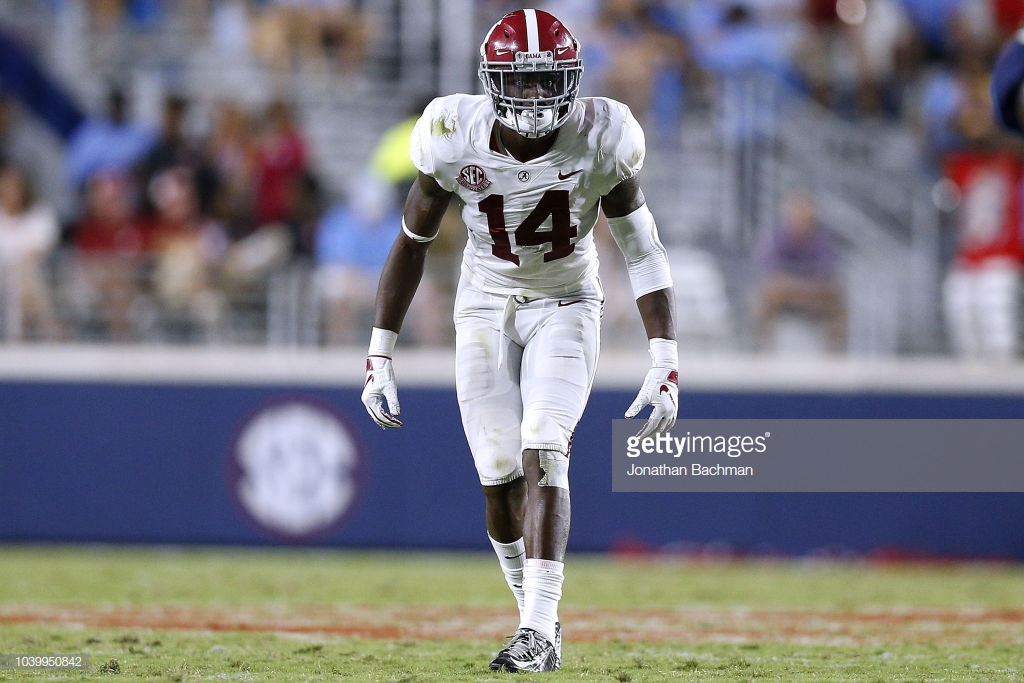 The NFL Combine is centerstage for the annual draft. Where the casual fan learns about players about to become their team’s future first round pick. But like always, there are several big names who won’t be going through drills and testing.

Oklahoma wide receiver Marquise “Hollywood” Brown was the first name to drop. Brown, cousin of Antonio Brown, suffered a Lisfranc injury in January. He won’t participate at Indy or his Pro Day though according to Adam Schefter, will be ready for training camp.

Oklahoma WR Marquise Brown, a projected top 15 pick in April’s NFL Draft, underwent surgery for a LisFranc injury last month that will prevent him from participating in the combine and his Pro Day, but he still is expected to be ready for summer training camp, per league sources.

Brown was expected to run one of the fastest 40 times of anyone. Draft Scout projected him to run as fast as 4.24, which would challenge John Ross’ 4.22 record set two years ago. Despite the injury, Brown could still be a first round pick.

OU's Marquise Brown and Ole Miss' D.K. Metcalf are the only two who definitely look like 1st rounders.

If the Steelers were looking hard at an impact safety, they’ll have to wait to see Alabama’s Deionte Thompson. He recently underwent surgery for a torn ligament. It’s unclear if he’ll be ready for the Crimson Tide’s Pro Day. Thompson, a junior, is considered a borderline first round pick.

Though it’s an area Kevin Colbert and company won’t place any early focus on, Florida offensive tackle Jawaan Taylor will also sit out after suffering a hamstring strain.

NFL teams received notice that Florida OT Jawaan Taylor has been evaluated and diagnosed with a mild distal hamstring strain and Dr. James Andrews advised him to not perform at this week’s combine, per source. pic.twitter.com/cqlYKMgiUv

Taylor appears to be a lock as a first round pick and may be the first offensive linemen taken off the board. He spent three years as the Gators’ starting right tackle.

A later round pick but buried behind a great defensive line, Clemson’s Austin Bryant will also sit out after playing the season with a torn pec muscle, per Ian Rapoport.

In advance of the Scouting Combine: #Clemson DE Austin Bryant, who tore his pectoral muscle on Nov. 3 vs Louisville and played with it, had surgery on Jan 17, source said. Out for drills. He had 6 tackles for loss & 3 sacks in 8 gms pre-injury, 9 TFLs & 5.5 sacks in 7 gms post.

Finally, Baylor wide receiver Jalen Hurd will sit out of all the drills sans the bench press after undergoing a recent, minor knee scope.

#Baylor WR Jalen Hurd has informed teams that, with the exception of bench press, he won’t be doing drills at the Combine thanks to a recent minor knee scope, source said. The plan is to work out at Baylor Pro Day.

Hurd spent his first three years at Tennessee, playing ahead of Alvin Kamara before surprisingly transferring to Baylor. He would later say he wanted to play a new position after suffering too many injuries in the backfield. Last year, he caught 69 passes for 946 yards and four touchdowns while also carrying the ball 44 times with three more trips into the end zone. He’s expected to be a late round pick or priority free agent.

All these players will likely return to Indianapolis in roughly a month for medical re-checks, commonly asked of players coming off injury/surgery so teams can get an assessment of their rehab.

Pittsburgh has a solid history of early-round picks who couldn’t perform for scouts in the pre-draft process. Cam Heyward sat out most of the Combine due to elbow surgery. Ditto Stephon Tuitt after getting work done on his foot. And nearly 15 years ago, the Steelers still drafted Heath Miller in the first round despite him not working out after hernia surgery.