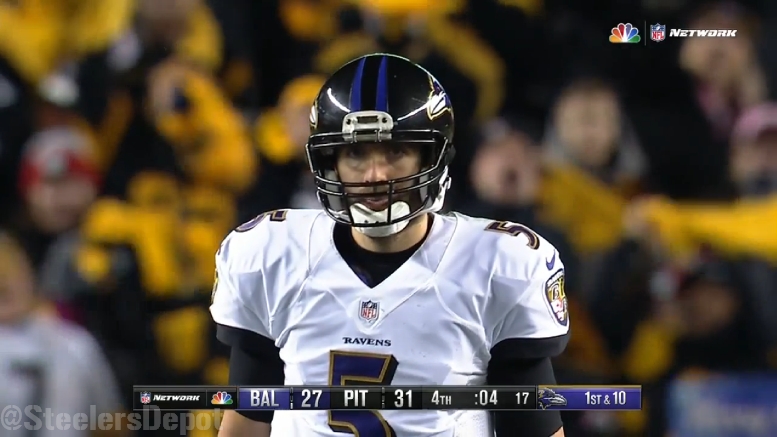 The first big trade of the offseason was agreed to Wednesday. The Baltimore Ravens are shipping Joe Flacco, once their Super Bowl winning, franchise quarterback, to the Denver Broncos. The news was first reported by ESPN’s Adam Schefter.

As Schefter points out, the deal can’t be completed until March 13th, when the new league year begins. It’s unclear what the Ravens are getting in return.

Flacco had been Baltimore’s starting QB since his rookie year in 2008, a 1st round pick out of Delaware. He was 10-11 against the Steelers in his career, making his last career start against Pittsburgh in a 23-16 loss in early November.

All signs pointed to Baltimore moving on from Flacco after Lamar Jackson took over and helped lead the Ravens into the playoffs. Now, Flacco will get the chance to start in Denver after they struggled with Case Keenum at the helm. Still, it’s a valid question as to how much of an upgrade Flacco is over Keenum.

UPDATE: The Ravens will reportedly receive a 4th round pick.

Source: The Broncos have agreed to send their 2019 fourth-round pick to Baltimore for QB Joe Flacco. Good price for a QB on an affordable contract with a great playoff resume.