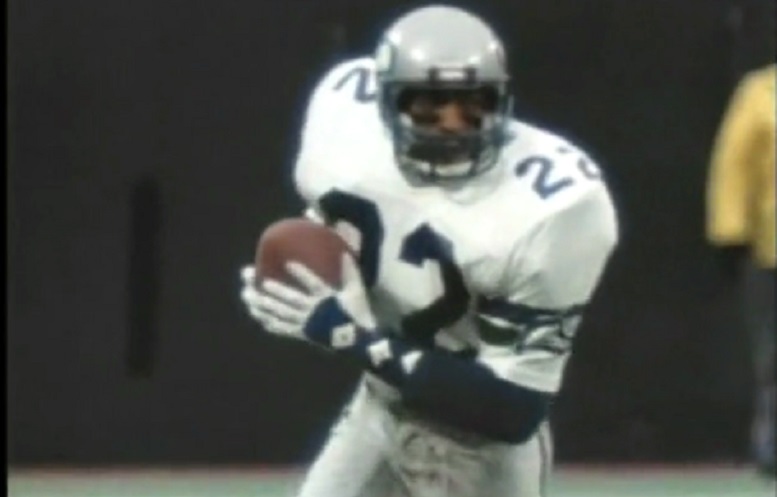 Whenever one reminiscences about the Pittsburgh Steelers great teams of the 1970s one must marvel at several of the organizations draft classes throughout that decade. Within those draft classes were several great first round selections in the first half of that decade in the form of Terry Bradshaw, Franco Harris and Lynn Swann, all whom are now in the Pro Football Hall of Fame. The Steelers, however, made another great first-round selection in the middle of that decade and that player went on to have a great NFL career as well, but only with a different team. That player was defensive back Dave Brown, the Steelers 1975 first-round selection out of Michigan.

Brown, who was the last player selected in the first-round, 26th overall, was two-time consensus All-American and three-time All-Big Ten selection while at Michigan. A native of Akron, Ohio, he intercepted nine passes during his college career, that included him also registering 212 total tackles, 18 pass breakups and a sack in the 33 games he played in. Brown was also a reputable college punt returner as he returned 48 in total for 531 yards and 3 touchdowns with a long of 88 yards. He also served as a Michigan co-captain during the 1974 season. At the time he was drafted Brown reportedly measured in at 6040, 190-pounds and ran the 40 yard-dash in 4.6 seconds.

After selecting Brown, Steelers head coach Chuck Noll told the media that he was surprised that the Michigan defensive back was still on the board come time for his team to make their pick.

“Earlier we wrote him off,” Noll said following the selection of Brown, according to Phil Musick of The Pittsburgh Press. “We said, there’s no way he’ll be around so we won’t even bother to talk about him. We really were surprised he was still around when our choice came.

“He’s a hitter; a quality player and person; a leader on the field. He was a three-year starter and that usually says something about a player.”

Even though it appeared at the time that the Steelers got themselves a steal in Brown, who they reportedly intended on trying at both the cornerback and safety positions, many wondered if he’d ever get to see the field much during his first few seasons. After all, the then-defending Super Bowl champions had a very good secondary already in place that consisted of Mel Blount, J.T. Thomas, Mike Wagner, Glen Edwards, Jimmy Allen and Donnie Shell, who was entering his second season in the NFL. Remember, back then NFL active rosters included just 43 players.

In early 1976 the NFL readied itself for the addition of two expansion teams in the Seattle Seahawks and Tampa Buccaneers, and in order to properly fill out the rosters of both organizations, in addition to adding some presumed level of competitive balance, an expansion draft needed to be held.

The rules of that 1976 NFL expansion draft called for the Seahawks and Buccaneers to each select 39 players on March 30-31. The other 26 NFL teams were each allowed to protect 29 players from their rosters just ahead of the expansion draft taking place. Seattle and Tampa Bay were to alternate selections from the remaining pool of unprotected players. When the first player was chosen from a team, that team could then protect two additional players. The Buccaneers and Seahawks were both to continue with their selections until three players had been picked from each of the already existing teams.

Just ahead of that 1976 expansion draft taking place, several media members who covered the team attempted to speculate which players would be protected and which ones would be exposed to possibly being selected by either the Seahawks and Buccaneers. Because of each team only having 43-man rosters at the time, it wasn’t very hard to guess most of the players that the Steelers would protect from the expansion draft. Because of his lack of rookie playing time and the solid state of the Steelers defensive backfield depth chart at the time, Brown was selected to be one of the Steelers several unprotected players.

The Seahawks somewhat predictably drafted Brown off the Steelers list of unprotected players along with linebacker Ed Bradley, a former fourth-round selection of Pittsburgh’s. The Buccaneers only selected one Steelers player and that was offensive lineman Dave Reavis, a former fifth-round selection of Pittsburgh’s. Even though Brown stood a much better chance at the time of playing more during his second season in the NFL as a member of the Seahawks, he wasn’t too thrilled about having to leave the World Champion Steelers when he found out the news that he’d be changing NFL teams.

“It’s a cold, cruel world, you know,” Brown said from his home after being selected by the Seahawks, according to Glenn Sheely of The Pittsburgh Press. “I’m not cryin’ about it, but I was surprised. I don’t know what the situation in Seattle will be like.”

Had Brown known at that time how his NFL career would eventually play it from that day forward, he probably would’ve been just fine with the Seahawks selecting him in the 1976 expansion draft. In his first season with the expansion Seahawks, Brown played safety and he intercepted a team-best four passes. The next season he moved to cornerback and proceeded to record another four interceptions, of which one he returned for a touchdown. He would go on to intercept another 42 passes over the course of his next nine seasons in Seattle to give him a total of 50 as a member of the Seahawks with 5 of them being returned for touchdowns.

In the 11 seasons that Brown spent in Seattle with the Seahawks no other NFL player intercepted more passes than he did. Finishing right behind him in total interceptions from 1976-1986 was Steelers safety Donnie Shell, who like Brown, probably was one of Pittsburgh’s unprotected players ahead of the 1976 NFL expansion draft. Brown, by the way, still remains the Seahawks all-time career interception leader. However, despite his statistical achievements during his long career with the Seahawks, Brown was only voted to one Pro Bowl (1984) and Second-Team AP All-Pro just twice (1984, 1985) during his time in Seattle. He was, however, added to the Seahawks Ring of Honor in 1992.

While Brown’s career with the Seahawks ultimately came to an end after the 1986 season, his NFL career didn’t. The Seahawks traded Brown to the Green Bay Packers in August of 1987 and the cornerback went on to play his final NFL seasons with them. In those three seasons with the Packers, Brown recorded 12 more interceptions to give him 62 for his career. In fact, research shows that for Brown’s entire NFL career from 1975-1989, no other player registered more interceptions than he did. That’s an impressive stat and probably one that not many Seahawks fans even know about.

Brown was sidelined the entire 1990 season with the Packers reportedly due to tendinitis in one of his Achilles’ tendons. In April of 1991 the Packers released Brown, who was then 38 years of age. After retiring as a player Brown returned to the Seahawks in 1992 to be their defensive backs coach, a job he held for seven seasons. In 2001, he was hired by Texas Tech to be their defensive backs coach and he held that position until he died in 2006 at the age of 52 after suffering an apparent heart attack while playing basketball with his son. He died just six days shy of his 53rd birthday.

Last Saturday, former NFL offensive lineman Kevin Mawae officially became just the fifth Seahawks player to be elected to the Pro Football Hall of Fame and his bust will join the busts of other former Seattle players, Kenny Easley, Walter Jones, Cortez Kennedy, and Steve Largent, in Canton, OH later this summer. Another former Seahawks offensive lineman, Steve Hutchinson, was also finalists for the Hall of Fame this year and at some point in the not too distant future he’ll likely have his bust put in Canton as well.

In closing, much like Shell, Brown’s easily a player from yesteryear who deserves to be in the Pro Football Hall of Fame sooner rather than later and it’s quite embarrassing for the current selection committee that both players aren’t already in, and don’t currently appear to be close to even achieving that honor. If any two players from the 1970s and 1980s truly deserve to be enshrined in Canton, it’s those two defensive backs.

Moving forward as fans of the Steelers, as you continue to push hard for Shell to one day be enshrined in Canton, make sure you do the same for Brown. After all, he was originally a member of the Steelers and he won a Super Bowl with them as a rookie. It’s not his fault that his NFL career took a quick detour to Seattle just one year after being drafted by the Steelers and quite honestly, he was probably quite fortunate that it did. 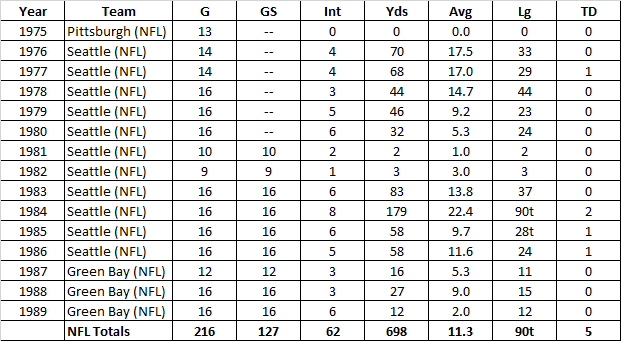