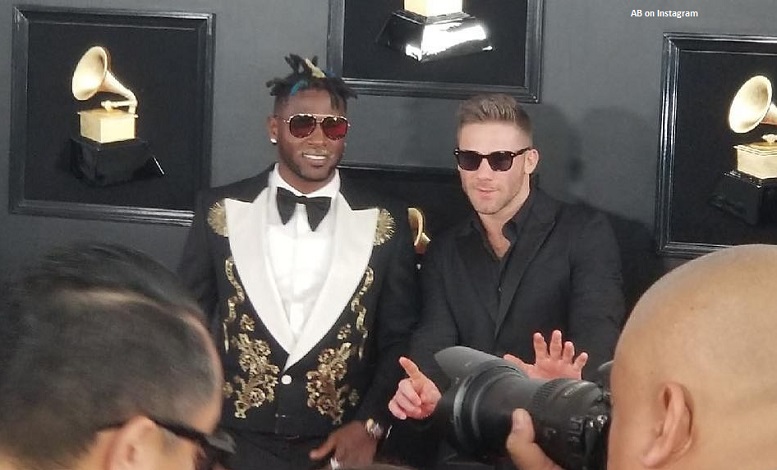 In roughly five more weeks from now the Pittsburgh Steelers will have to pay wide receiver Antonio Brown a $2.5 million bonus if he’s still on their roster come the fifth day of the 2019 league year, which begins on March 13. The only way that Brown won’t be on the Steelers roster come that time is if he’s cut or traded with the latter option being the most-likely to happen of the two. That noted, many are starting to believe that Brown’s trade market has deteriorated greatly since he went AWOL on the team during their final week of practice. Longtime NFL writer Peter King is one of those many.

“I think the market for Antonio Brown might be so low the Steelers could find their best option is to keep him—even if it means they may have to cut him in October if he becomes disruptive again,” King wrote in his Monday morning column on Pro Football Talk. “Brown’s a gamble, but the upside if he can be reined in could well be better than a getting 30 cents on the dollar in a trade because teams don’t trust him.”

It’s certainly hard to argue with King’s line of thinking right now and especially with Brown allegedly being involved in a January domestic dispute in which he was at one point accused of pushing the mother of one of his children to the ground causing her to slightly injure herself. The Steelers and the NFL are both now apparently looking deeper into that dispute which comes less than one full year after Brown reportedly went ballistic and threw furniture furniture from the 14th story balcony of a Florida apartment building, which allegedly nearly hit a 22-month-old child.

While Brown would probably like the Steelers to trade him to the San Francisco 49ers this offseason, if they do decide to trade him at all, one longtime beat writer of that team wrote last week that he doesn’t believe the organization wants any part of the wide receiver and especially with him reportedly being involved in that domestic dispute last month.

“In November, the 49ers — who have been viewed as potential suitors for Brown — released inside linebacker Reuben Foster, a 2017 first-round pick, after his second domestic-violence arrest in a nine-month span. Foster wasn’t charged in either incident, but the 49ers released him less than 24 hours after his last arrest, citing his pattern of poor decision-making,” Eric Branch of the San Francisco Chronicle wrote last week. “Even before Brown’s latest alleged incident, there were reasons to believe 49ers general manager John Lynch and head coach Kyle Shanahan might be hesitant to explore a trade for Brown.”

I agree with Branch on this and at this point would be shocked if the 49ers traded for Brown because of recent past history that organization has had with a few troublesome players such as Reuben Foster, Tramaine Brock, Bruce Miller, and Ahmad Brooks.

It’s almost been nine years since the Steelers traded away another troubled wide receiver of theirs. On April 11, 2010, wide receiver Santonio Holmes, who at that time was facing a four-game suspension for violating the league’s substance abuse policy, was traded to the New York Jets in exchange for a fifth-round pick in the 2010 NFL Draft. Holmes, however, was still on his rookie contract at the time and a lot easier to part ways with from a salary cap standpoint because of that.

Has Brown’s trade value now slipped down as low as a fifth-round selection? With him yet to be charged with any crimes for his recent alleged wrong doings and with him never being suspended before, and him also being known as one of the hardest working players in the NFL, it’s hard to imagine that’s all he’s worth to another team right now. With that said, team’s who might want to trade for Brown in the coming weeks might not want to give up a first-round selection just the same as the star wide receiver can’t seem to keep himself out of the news cycle for one reason or another. Trading for Brown now obviously means trading for some sort of future baggage that’s sure to come with him from Pittsburgh.

Let’s also not forget that Brown will turn 31 in July and while there’s no signs of him slowing down any time soon, the possibility of Father Time gaining a few steps on him in the next few years is another factor that must be considered by a team willing to acquire him in the coming weeks and months.

Brown, in case you missed it, was present for the Grammys Sunday night and thus was photographed several times before the annual awards show with various other celebrities. He was reportedly a guest of New England Patriots wide receiver Julian Edelman, who was recently voted the MVP of Super Bowl LIII.

Steelers may have beaten the Patriots this year, but New England wins this round. Photo caption reads Julian Edelman "AND GUEST"!!! The shade. Gotta win the Super Bowl if you want to be named. pic.twitter.com/OzjQJl6WkZ