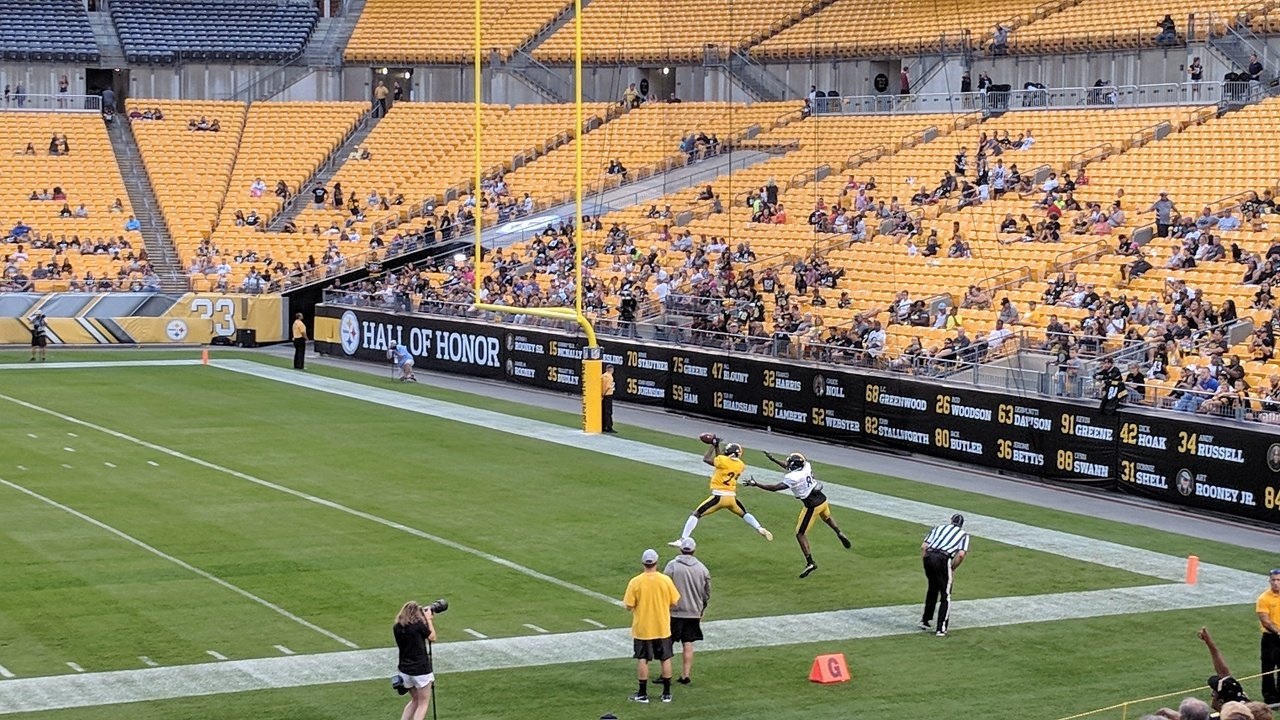 Nominations for the Pittsburgh Steelers Hall of Honor will be accepted starting February 18th. Last year’s class included Art Rooney Jr. who was the personnel director from 1965-1986. My nominee Bill Nunn made it in primarily for his scouting from 1968-2014. Alan Faneca was a logical choice although the NFL Hall of Fame electors continue to shun both him and Nunn. Fan favorite Rocky Bleier was inducted as was pre-Super Bowl era receiver Buddy Dial who was a two-time time Pro Bowler. Currently, there are 32 Steelers Hall of Honor members.

The Steelers plan to induct 3-4 persons every year. Steelers fans can submit their own nominations by becoming a member of Steelers Nation Unite and submitting the nomination form. Here is the information on how to make a nomination for the 2019 Pittsburgh Steelers Hall of Honor.

Heath Miller should be eligible now since his last season was 2015.

Here is a list of ten former Steelers eligible for the Hall of Honor in 2019. Who do you believe should be voted into the Pittsburgh Steelers 2019 class?

I believe a caveat is that the selection committee may wait to induct some players who they believe may be inducted into the NFL Hall of Fame right away (Polamalu). So, if he is not elected this year that he would automatically gain entry with induction into the Hall of Fame.

Old Timers to be Considered

I was pleased that the Hall of Honor selection committee picked a pre- Super Bowl era to recognize. Buddy Dial was a two-time Pro Bowler who had 229 receptions for 4,723 yards & 42 touchdowns in his 5 years as a Steeler. Here is some other old time Steelers I’d like the committee to consider:

Bill McPeak was a 3-time Pro Bowl defensive end for the Steelers from 1949-1957. He is tied with Ernie Stautner for a team record three safeties. In his last two seasons he was also an assistant coach. He was named to the Pittsburgh Steelers Legends team in 2007 that represented the Steelers best players from the pre-1970 era.

John Reger was a 3-time Pro Bowl linebacker for the Steelers from 1955-63. He had 9 interceptions and 17 fumble recoveries which is tied for 4th all-time for the Steelers with Jack Lambert.

Ray Mathews was a 2-time Pro Bowl runner & receiver for the Steelers from 1951-1959. He gained 4976 yards from the line of scrimmage while scoring 39 touchdowns. He added three touchdowns returning punts averaging 12.8 yards a return. He also threw two TD passes and found time to intercept a pair on defense and record a safety. He was named to the Pittsburgh Legends team over Buddy Dial.

Dale Dodrill was a 4-time Pro Bowl middle guard and linebacker from 1951-59. He was also a consensus first team all pro in 1954 while being selected to various all pro teams or 2nd team in five other seasons. He had 10 interceptions and 11 fumble recoveries playing close to the line of scrimmage in the middle. He was named to the Pittsburgh Legends team in 2007.

Elbie Nickel was a 3-time Pro Bowl tight end from 1947-1957. He had 5131 receiving yards while scoring 37 touchdowns. Remarkable considering his first couple seasons were in the antiquated single wing offense. He was so good that he was voted on the Steelers all-time greatest team alongside players from the Super Bowl era. His 15.6 yards per reception are something even Heath Miller and his 11.1 yards a reception average would be impressed with.

If I had to pick one to be inducted this year; I would give the edge to Elbie Nickel over Dale Dodrill to make Alex Kozora happy.

In the 2018 Memorial Day Weekend: Steelers Friday Night Five Questions, I committed to play songs that Steelers Depot respondents suggested might be the new Steelers anthem if Renegade by Styx was ever replaced. Here is entry 42 of 45 from Jeremy Miler: Ah Leah by Donnie Iris.