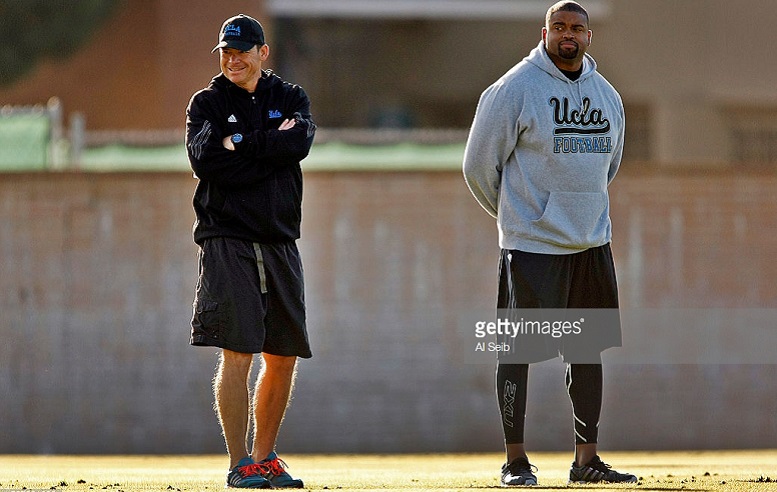 There is exactly one player on the Pittsburgh Steelers’ roster right now who has won a Super Bowl with the team, which would obviously be two-time Super Bowl-winning quarterback Ben Roethlisberger. The only other player currently on the roster with a ring is safety Morgan Burnett, whose Green Bay Packers beat the Steelers in the 2010 Super Bowl, and who will likely be released in the coming weeks.

Just three other players remain from the 2010 team, those being wide receiver Antonio Brown, Ramon Foster, and center Maurkice Pouncey—and frankly, we don’t know if Brown will be in Pittsburgh much longer either.

In other words, even though this is an organization that owns as many Lombardi trophies as any other, this is not a roster that can claim to be reflective of that past, claiming just four players who have ever been in a Super Bowl with the Steelers, and just one with a ring.

Not that it’s the same thing, but new assistant offensive line coach Adrian Klemm brings an amount of hardware that nobody else on the roster or on the staff can claim. As a player, Klemm won three Super Bowls with the New England Patriots in the early 2000s, though he was only a part-time starter at that time.

Of course there are some coaches on the staff who have rings—Head Coach Mike Tomlin has two Super Bowl rings, one with the Steelers and one as the defensive backs coach of the 2002 Tampa Bay Buccaneers, for example—all of these are old faces whose stories have grown stale.

And there is no group on the roster more hungry for a championship than the offensive line, which is the most veteran on the team and includes two players who have experienced what it’s like to lose the Super Bowl already.

While Mike Munchak was a Hall of Famer as a player, you only chase the Hall of Fame after the fact. Your goal as a player is to win championships, and Klemm can flash those championship rings around to extend credibility unto himself as he heads into his first coaching position at the NFL—and the first anywhere in a couple of years due to extenuating circumstances.

And who knows, perhaps Klemm can even share some wisdom about how the Patriots and Bill Belichick ran things in the early 2000s, though perhaps things have changed since then even as they continue to win at an unprecedented rate.

Naturally, first and foremost, his responsibility is simply to come in and do his job as well as he can in assisting Shaun Sarrett in working with a veteran offensive line group. But having some championship cachet as a former player doesn’t hurt either.