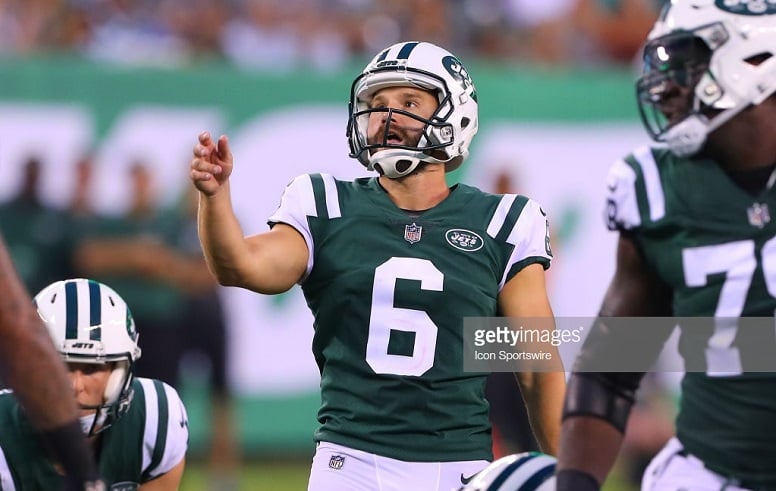 Currently, the Pittsburgh Steelers are scheduled to have a kicker challenge Chris Boswell for his job this offseason and as of right now that player is set to be Matt McCrane, who the team signed to fill in for the injured Boswell during the final week of the regular season. The Steelers, however, should look this offseason to find an upgrade over McCrane and possibly even one who has more experience kicking in the NFL.

With the new Alliance of American Football league set to start this weekend, the Steelers will have an opportunity to monitor the kickers on those eight rosters throughout the inarguable season to see if any of them warrant being signed on the cheap in an attempt to provide better completion for Boswell during training camp and the preseason. Below is a quick look at the eight kickers on the eight different AAF league team rosters

Younghoe Koo – Atlanta Legends – Koo has very limited NFL experience as he only lasted four games with the Los Angeles Chargers in 2017 thanks to him making just 3 of 6 (50%) field goal attempts. He did make all 9 of his extra point attempts, however, but his long field goal make in those four games was just 41 yards.

Josh Jasper – Memphis Express – Jasper has mainly played in the CFL and Arena leagues since first breaking into the NFL in 2011 as an undrafted free agent with the Tampa Bay Buccaneers. In his one offseason with the Buccaneers, Jasper was cut before the preseason started.

Elliott Fry – Orlando Apollos – Fry, who kicked in college for South Carolina, has zero NFL experience and has never been signed by a team.

Taylor Bertolet – Salt Lake Stallions – Bertolet, who has been with three NFL teams since 2016, has only kicked in preseason games to date. In those seven total preseason games that Bertolet has kicked in, he was 4 of 4 on his field goal attempts and 7 of 8 on his extra point attempts. His long preseason field make was 45 yards. He could be a kicker to watch closely during the AAF season.

Nick Rose – San Antonio Commanders – Rose also has some previous NFL kicking experience. In 10 career NFL games he made 11 of his 14 total field goal attempts and 23 of his 26 extra point attempts.

Donny Hageman – San Diego Fleet – Hageman, who kicked in college at San Diego State, has yet to kick for an NFL team.

One of the many drawbacks when it comes to kickers in the AAF is that there are no extra points as teams must go for two after scoring a touchdown. Additionally, teams won’t kickoff after scores in the AAF.

There is sure to be a little turnover at the kicker position throughout the AAF’s inaugural season so over the next several weeks a few names on this list might quickly show that they don’t have what takes to even kick in this league. However, whichever one of this new league’s kickers winds up having the most productive season and accuracy, that player might warrant the Steelers taking a closer look at as a possible challenger to Boswell.