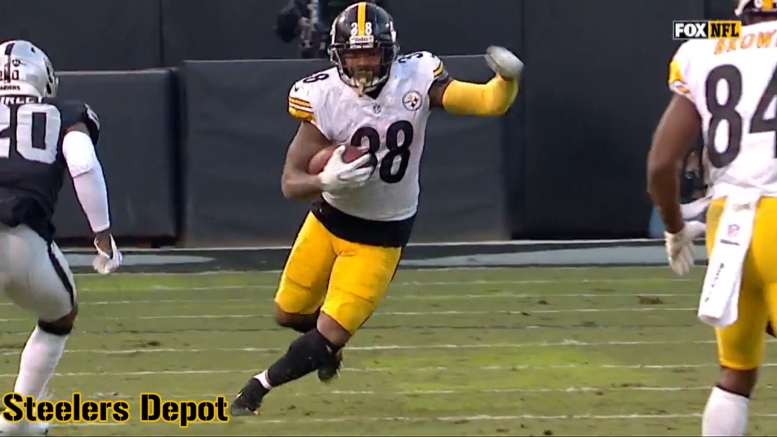 James Conner may have been thrust into a starting role during his second season in the NFL and come out as a Pro Bowler, but the Pittsburgh Steelers running back never had to face the same challenge as Jaylen Samuels during his rookie season, as the fifth-round pick was called upon for spot-starting duty late in the 2018 season.

“There definitely was pressure” going into his first start, he told Missi Matthews recently in a sit-down interview for the team’s website. “It was my first time starting. A lot of people probably didn’t have that much trust in me being back there with that being the type of position that it is. So I always took it serious, took the preparation serious, and just gave it my all once I was in there”.

As I’m sure you’ll recall, Samuels was more of a jack of all trades as an h-back at North Carolina State, and he was open about the fact that he came into the NFL pretty much needing to learn the running back position. But he had a lot of help, not just with that, but with channeling all of that knowledge in a hurry as he was prepped to start.

“It was everybody. It was Ben, the o-line, James, everybody was just pitching in, helping me out with whatever”, he said of the team effort that ensued to help him prepare for his three-game starting stint. “If I didn’t know anything, they would let me know what I need to know throughout the wee in practices. Everybody was giving good vibes and positive vibes so it was all good when I was starting”.

His first start came against the Oakland Raiders, where rushing was limited. He had just 28 yards on 11 carries, but he made an impact as a receiving threat, catching seven passes for 64 yards. The following week, against the New England Patriots, he was able to find comfort on the ground to the tune of 142 yards on 19 carries. He rushed for 52 yards on 12 carries and also scored a receiving touchdown against the New Orleans Saints before Conner returned in the finale.

Samuels growth was steady and consistent. He couldn’t have performed as well as he did if it occurred earlier in the season, even though the experience itself greatly aided in his maturation. “I started out slow because I wasn’t playing, I was getting limited touches, limited plays”, he said.

“Toward the end of the season when I got more plays, I think my production was pretty solid”, he went on. But he added, “for me, I think I could’ve done better, but next year is a new year and I’m just willing to build off of this year”.