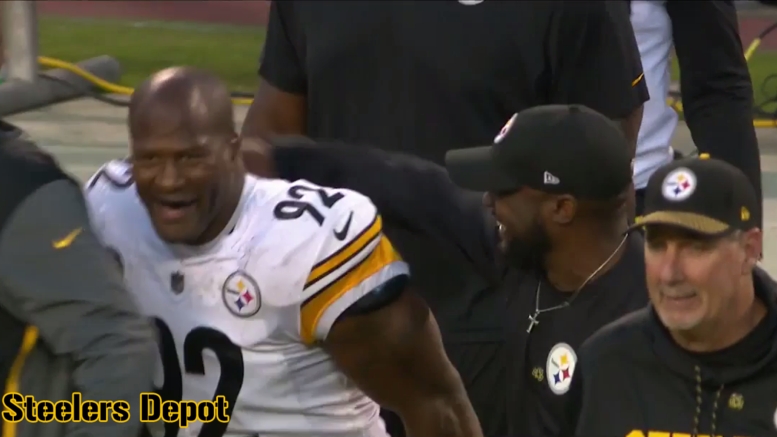 While James Harrison still enjoys the weight room, it seems that in retirement the former Pittsburgh Steelers outside linebacker’s favorite hobby has become doling out criticism of his former head coach, Mike Tomlin, about whom he has commented perhaps dozens of times at this point since he was released in 2017.

Harrison was at the Super Bowl site in Atlanta yesterday among many other people around the game, and he was on the set with Terrell Davis and others for the NFL Network to discuss the state of his former team. When he was asked what it would take for the drama to stop, he had an answer ready.

It might be worth noting that Harrison never seemed particularly concerned with the ‘fairness’ of his own treatment, such as veteran’s days off, until it came to his playing time during his final season. The fact that he certainly has a grudge against Tomlin should be part of the discussion, regardless of if there is merit to his words.

“I think right now it’s a combination of that going on and maybe a little bit of a lack of, you know, actual leadership, someone that is saying ‘it’s going to be A and B to get to C”, he went on. And when given the opportunity to spread blame around, he declined. “You hire the coach to coach the quarterback, right? He’s the coach”, he said.

As far as Tomlin’s future goes, Harrison knows too well that we are not at the end of the road. “I feel like he has a year, and he has a chance to try and get things back to where they need to be”, he said.

Tomlin currently has two years remaining on his current contract, and he is due to receive an extension in the summer, which has been the time that he has typically been given an extension, along with general manager Kevin Colbert.