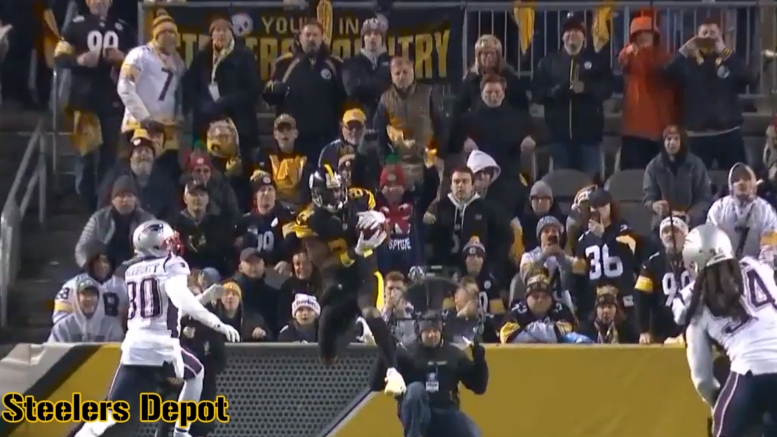 It was being reported last week that the Pittsburgh Steelers elected to eliminate the Baltimore Ravens, the Cincinnati Bengals, the Cleveland Browns, and the New England Patriots to whom they would consider completing a trade for wide receiver Antonio Brown, who has ‘officially’ been on the trading block for about a week.

If you go back to what General Manager Kevin Colbert said on Wednesday, however, that is not precisely the case. Obviously they would prefer to send Brown to an NFC team, ideally, entirely out of the conference, but Colbert’s remarks did not suggest that they have entirely written off any possibility.

“I mean, when you’re trading away a player like this who could determine your own record and your own Super Bowl potential of course you want to not trade him to teams that might be a factor”, Colbert said, based on the transcript that was provided to us by Will Graves of the Associated Press.

“But if those teams step up and say, “look, we’ll give you the best picks or the best players’, then we have to make that judgement”, he continued. “Okay, yeah, they’re a competitor, but what they’re giving us far exceeds what these other folks are willing to do. So, will we be selective? It depends on what the compensation is”.

Intra-divisional trades are relatively rare, especially in the AFC North, seemingly, but they do happen from time to time. and the Patriots trade with any team that they can get a deal from. They have traded with seemingly every team in the league at some point or another. They traded for Jason McCourty and Danny Shelton of the Browns just last year.

Now the odds are that this won’t ever have to be a topic of conversation. I’m not sure what these four teams’ level of interest would even be in Brown, but there will surely be other teams equally interested and equally willing to pay up for him.

It would certainly be more interesting to watch the 2019 season unfold if we knew in advance that Brown could have a direct hand in influencing the Steelers’ season by being on their schedule. The best chance of doing that would be to be traded to a team in the division, or to the Patriots.

The Ravens just released a wide receiver, while the Browns always need help there. They just signed Jaelen Strong. Meanwhile, the Bengals are setting up a new offensive identity that could use some firepower at wide receiver opposite A.J. Green, with Tyler Boyd in the slot, and John Ross slow to develop.