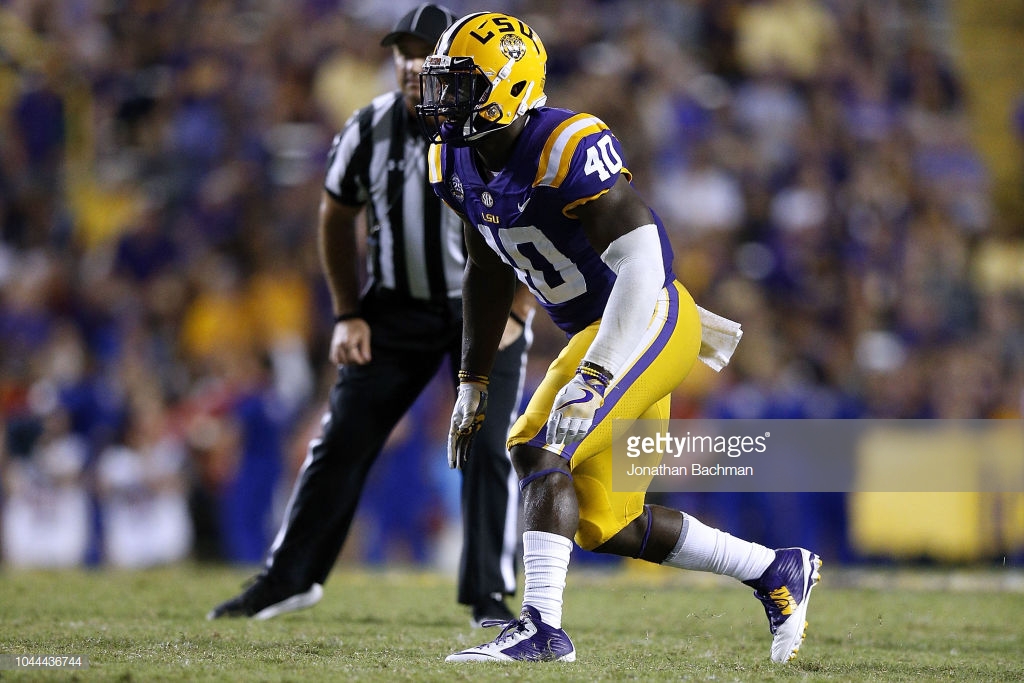 “They need to get better at inside linebacker and this kid can fly. He would be an immediate upgrade on a unit that needs him in a big way.”

Pittsburgh is looking for an every down, all-situations at inside linebacker. The organization is still searching for Ryan Shazier’s replacement. While Shazier is still determined to make a return to the NFL, it’s doubtful to happen in 2019. They used an array of different linebackers last year, signing Jon Bostic, elevating L.J. Fort’s role, and continuing to start Vince Williams. All three players have varying degrees of success but none are “the guy” like Shazier was.

If you missed it, here is Dave Bryan’s recap of White’s most impactful plays in college. Our full scouting report on him will be linked below, too, where Josh Carney viewed him as “a strong three-down linebacker for many years in the NFL, and well worth the investment in the 2019 NFL Draft.”

This off-ball linebacker group isn’t as strong as last year. That might be bad news for the Steelers. Even with a higher draft pick, it’s possible another inside linebacker-needy team takes White before pick 20, given that he’s likely to be the #1 ILB on most team’s boards. If White is gone, other options at inside linebacker include Alabama’s Mack Wilson and Michigan’s Devin Bush. Neither are viewed as slam dunk first round picks.

Over the last two seasons, White recorded more than 260 tackles, 25.5 of them for a loss, forced three fumbles, and picked off one pass. He was a consensus All-American in 2018.