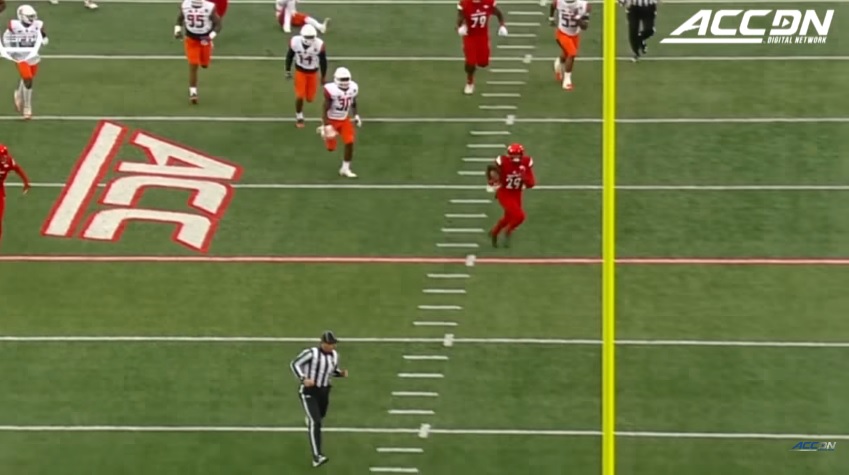 If there’s one team able to turn running backs into viable options, it’s the Steelers. Since 2014, they’re tied for second in number of backs with 100+ yard gains, from All-Stars like Le’Veon Bell, resurgence projects in DeAngelo Williams, and the “oh yeah!” type guys in LeGarrette Blount.

Obviously, Williams is a long ways from getting there. He has to make the roster first. But he has some size – and power – the team seems to place a high priority on.

It was tough sledding for Williams at Louisville. He wasn’t the starter, far from the guy, and when the team ran the ball, usually it was Lamar Jackson taking off. In two years with the Cardinal, 2016 and 2017, Jackson carried the ball nearly 500 times.

Normally, 86 carries 86’s an NFL career. But Williams was productive, averaging nearly eight yards per carry in his brief Cardinal career and finding the end zone five times, offering big plays when the offense bothered to get him involved. Like this impressive touchdown run against Syracuse in 2017, making the safety miss in the open field on his way to a 46 yard score.

His Pro Day though was like his college career: a little disappointing. 4.65 in the 40. 28.5 inch vert. 7.40 three cone. And 11 reps on the bar. His weight, at least as it’s reported, was much lighter than how the team listed him. On his bio, he’s at 221 pounds. At his Pro Day, he dropped down to 200. There’s often a discrepancy between the two but not that large of one. It’s worth wondering if he was sick and that led him to having a less than stellar performance.

Still, he found his way into the Atlanta Falcons’ camp. There, he generated some serious buzz, capped by this highlight reel hurdle in the preseason finale.

Also notice he looks a heavier than two bills in that clip. The broadcast called him 215. Either way, that looks a lot better than the 28.5 inch vert he showed off at his Pro Day.

Unfortunately, he suffered a shoulder injury later in the game, one serious enough that he was waived/injured by the club. The Steelers announced signing Williams on February 8th.

The good news is the Steelers like their backs big and Williams fits that billing. That #3 running back spot is open-ended, too. So is whatever decisions get made on the practice squad. So Williams will have a chance, even knowing more competition will exist after the draft. If he can show his worth on special teams, coverage and he did a little kick return work in college, he’ll have a shot.