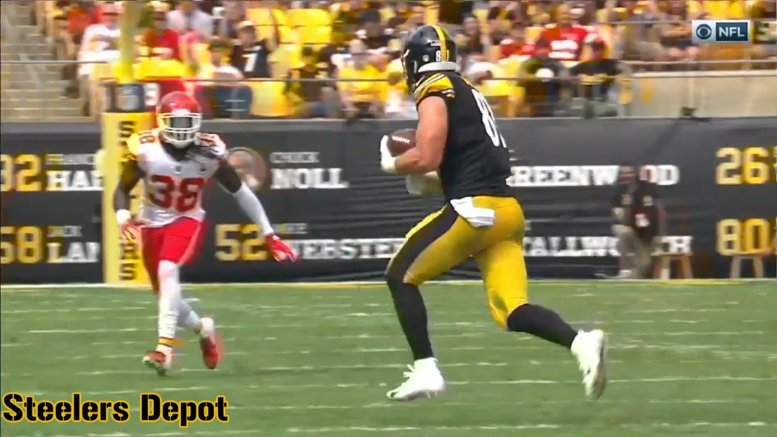 Question: Will the Steelers re-sign tight end Jesse James before he hits the open market?

While he might not necessarily be a starter, and would be replaceable, four-year veteran tight end Jesse James is obviously a player that the Steelers would like to be able to keep around. He is coming off the best year of his career in terms of performance, including demonstrating the ability to improvise as a route runner to help create big plays after the initial reads.

There are reportedly multiple teams who would be interested in pursuing James should he make it to unrestricted free agency, but with the Steelers now beginning to negotiate with and re-sign their own free agents—they just inked Tyson Alualu to a new two-year contract, as the team’s website officially announced—they will undoubtedly be moving on to others such as James.

In fact, General Manager Kevin Colbert even mentioned James yesterday in a way that seemed to indicate that they were optimistic about their ability to keep him around. James said that while he intends to see what options are available to him, he could not deny that his local roots and his appreciation for the team and the organization would weigh on his decision.

He would not be the first player to re-sign before hitting the open market, of course. That is what Ramon Foster did for his first two contract extensions, but he seems quite motivated to get a feel for what’s out there this time around.

Vance McDonald is clearly the Steelers’ top player at the tight end position, but James served as a very capable number two, and is capable of running with the first-team offense, as he has often done over the course of the past three years. Getting him locked up would give the Steelers just one less thing to worry about in what has already been a hectic offseason.