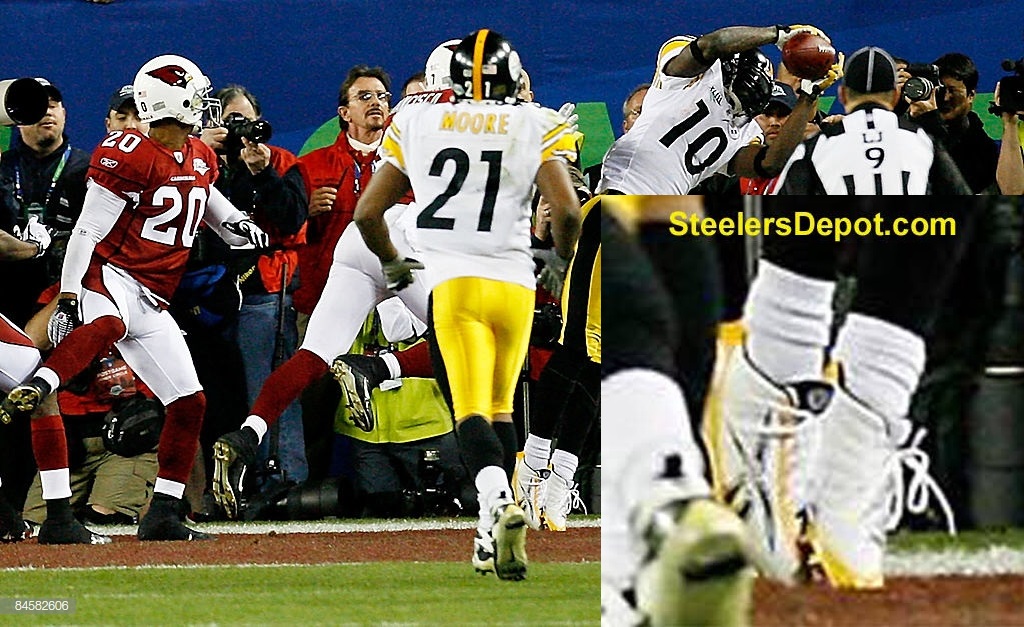 Today marks the tenth anniversary of the Pittsburgh Steelers win over the Arizona Cardinals in Super Bowl XLIII and that game of course included the late and amazing 6-yard game-winning touchdown pass from quarterback Ben Roethlisberger to wide receiver Santonio Holmes. While 3652 days have now passed since Holmes made that spectacular catch near the edge of the end zone sideline, there’s seemingly still a large group of people, mostly Cardinals fans and team beat writers, who still don’t believe that the Steelers wide receiver got both feet down in bounds after first securing the football.

Longtime Cardinals beat writer Kent Somers of the Arizona Republic is probably one of many who still don’t believe that Holmes got both feet down in bounds after making that famous catch late in Super Bowl XLIII and he hinted as much in his awesome Friday article entitled: “An oral history of the Steelers’ final drive against Cardinals in Super Bowl XLIII.”

Near the end of his article, Somers quickly recapped the official review that immediately followed Holmes’ touchdown catch in the end zone and in that pointed to a picture that was taken during that game by Rob Schumacher, also of the of the Arizona Republic, as potential evidence.

“The play was upheld upon official review, although the many Cardinals fans will never believe Holmes had both feet down. One enlarged photo of the catch seems to show the toe of one foot tapping the heel of the other.”

Three years ago, Jay Dieffenbach, also of the of the Arizona Republic, wrote an article on how he didn’t think that Holmes got both feet down in bounds after making the catch and like Somers, he also pointed to picture by Schumacher as evidence for that.

“In my view, the right foot was in the air, the catch was made, the right toe then contacted the bottom of the left shoe and became stuck in the cleats a couple of inches off the ground. The right toe never touched the turf.

No, it didn’t. But even die-hard Cards fans recognized it was not going to be enough to overturn the call, given the limited amount of time to scrutinize the play. Schumacher, the Arizona Republic photographer, had the shot that he felt proved otherwise.”

The day after the Steelers won that Super Bowl I closely examined two pictures that were taken by credentialed photographers who were at that game and enlarged sections of both to prove that Holmes indeed got both feet down in the end zone with control of the football prior to being pushed out of bounds by safety Aaron Francisco. Those two pictures, one courtesy of Winslow Townson of the Associated Press, the other courtesy of Kevin C. Cox of Getty Images, are all you really need to see to know that Holmes indeed had both feet down in bounds after securing the pass from Roethlisberger and especially when you match them up to one specific angle of the television replay. 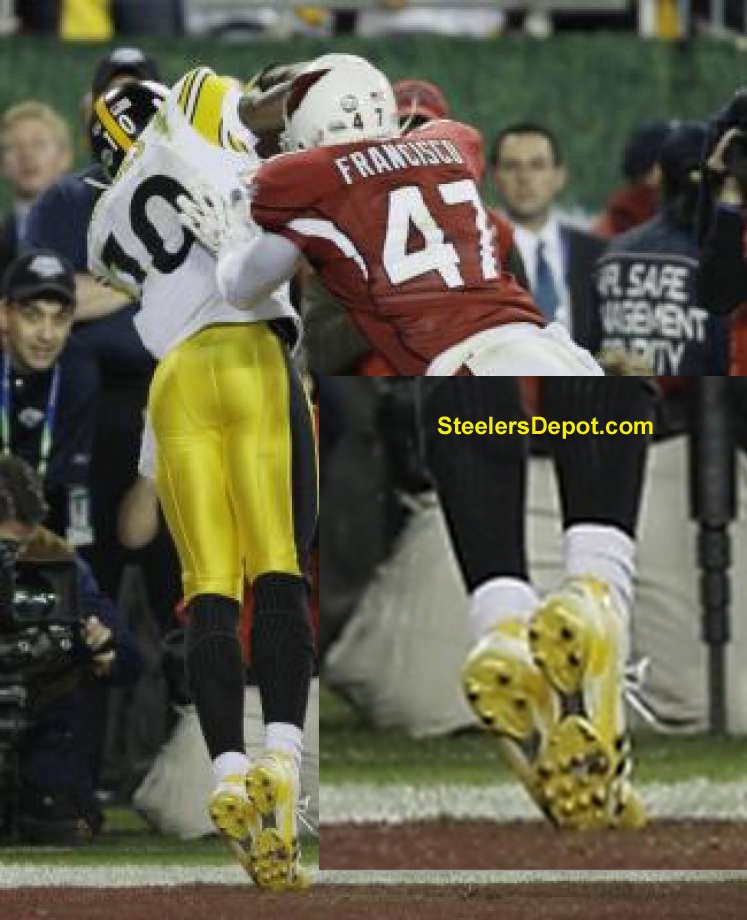 If you notice in the picture above that Townson took of Holmes’ catch, Francisco has his left hand on the right side of Holmes’ back. The timing of that hand placement is not hard to match up to the several video replays to show that Holmes indeed had possession of the football when this picture was snapped.

If the picture by Winslow isn’t enough to convince doubters of Holmes getting both feet down in bounds with possession of the football, the one from Cox below certainly should be more than enough to seal the deal and convince an unbiased jury.

It’s funny how you never see either of these two pictures above used in arguments against Holmes not getting both feet down in bounds. For those that think I have photoshopped the inserts, feel free to search out both original pictures online and then use one of the several free online zoom and crop tools to do exactly as I did 10 years ago. It’s simple and much simpler than it was 10 years ago. If you can’t figure out how to that, go ask one of your younger kids or grand kids to do it. It might take less time and you’re likely to get an even better result than my effort from 10 years ago.

As for Schumacher’s photo that Somers and Dieffenbach both use as evidence against Holmes getting two feet down in bounds that you can see below, match the timing of that shot up with the actual replay video posted above. Look closely at where Francisco’s right arm is at in relation to two other pictures and the body angles of both players. Schumacher’s photo is clearly much later in the sequence of Holmes’ catch and clearly after the wide receiver had secured the football on gotten both feet down in bounds. 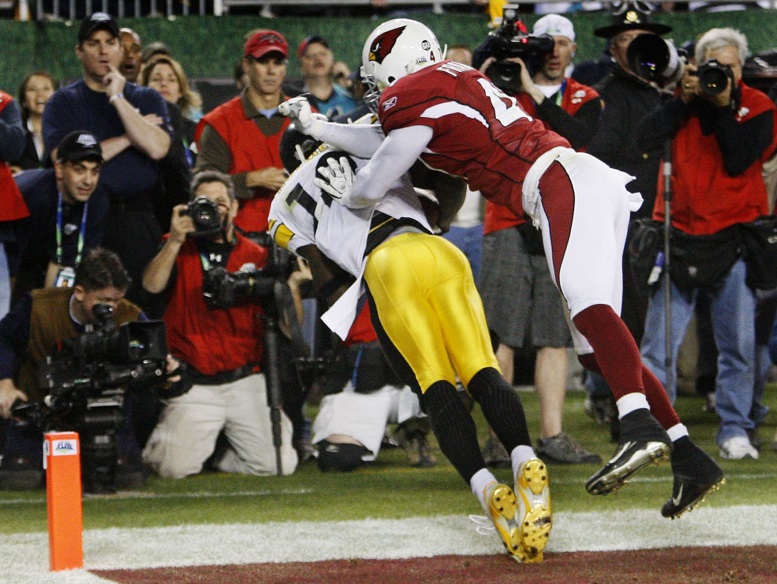 It’s been 10 years now since that magical Super Bowl catch happened and it’s time for the Cardinals beat writers and fans to admit once and for all that the correct call on the field was made. Get over it, already.