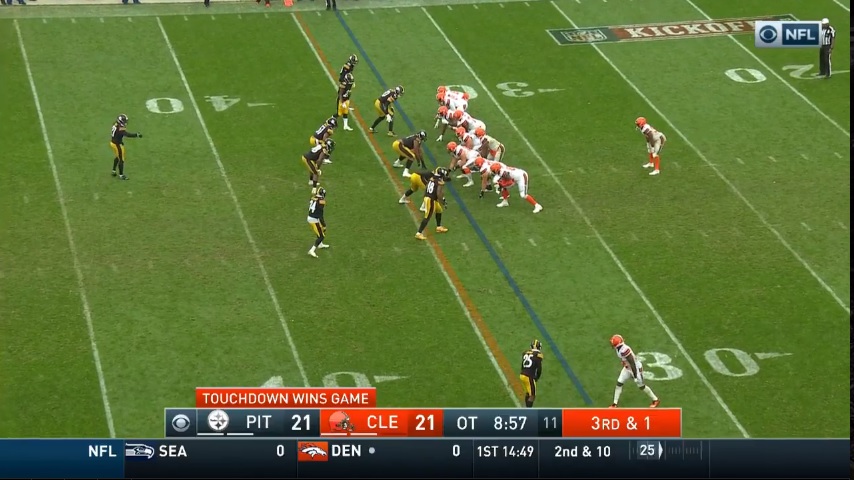 And maybe that’s all true (ok, definitely Kmart). But if you’re looking for one defense to be phased out, it might not be the Pittsburgh Steelers’ 3-4 defense. Crazy as this is to say, it might be their nickel.

Guess how many times the Steelers ran their base 3-4 the final three weeks of the season? 30. Not a lot, I know.

Guess how many times the Steelers ran their 2-4-5 nickel the final three weeks of the season? Three. Yup, that’s it.

It’s an absurd number given the fact it had become Pittsburgh’s “base” defense the last five years. Nickel was the new base. Now? Maybe not.

Don’t get me wrong. Sub-packages still run the show. You’ll see more dime. The Los Angeles Chargers beating a run-first Baltimore Ravens team with seven defensive backs may serve as inspiration to the rest of the league, especially someone like the Steelers. There will be new groupings, like the 3-3-5 run plenty in the regular season finale. That 3-3-5 grouping is nickel in itself, five DBs, but a different look than what fans are used to. When Pittsburgh ran it, they used a third safety, Morgan Burnett, not a third corner. And who knows what else this team comes up with during the offseason.

There’s also a valid question of who the team’s nickel corner will be 2019. Even halfway through the season, Mike Hilton was the slamdunk answer. But coaches seemed to sour on him late in the year with Cam Sutton seriously cutting into his playing time.

Should the front office bring in a high-prized cornerback to play opposite Joe Haden, they may make a serious push to get Sutton into the slot. He was the third round pick having trouble finding a home and a third year of mostly inaction wouldn’t be positive for his career development. They at least need to find out what they have in him beyond being a versatile, smart player and solid gunner on the punt team.

That will still be an answer to determine for when the Steelers run dime, which they absolutely will in 2019. Nickel though? It’ll be there. But maybe less than you think.