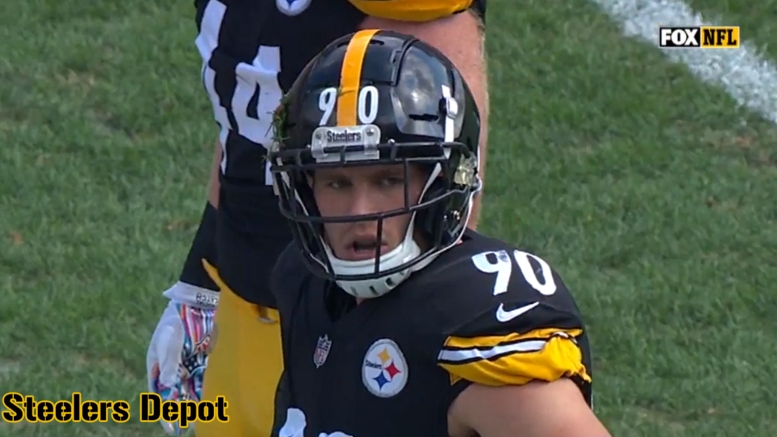 T.J. Watt had a successful 2018 season. Too bad you can’t say the same for the entire Pittsburgh Steelers’ defense. Watt expressed some of that dismay in a candid interview with ESPN’s Jeremy Fowler earlier this week, explaining the areas his unit must improve on to get back into the playoffs.

“We’ve gotten ourselves here,” he told Fowler. “We have to handle our business first. It’s just frustrating, not being able to put together as many complete games as we know we’re capable of.”

Closing out games was one of the biggest reasons why they’re sitting at home. That’s not all on the defense, offense, special teams, and coaching played a role, too, but the defense faltered many times too. They blew a big lead to the Los Angeles Chargers and let the New Orleans Saints rally back. That 3rd and 20 completion to Ted Ginn Jr. will haunt this group for the rest of the offseason.

Mike Tomlin said to expect big changes this spring and summer. For Watt, he doesn’t care who’s around him so long as the team gets back to its winning ways.

That’s especially true now that it seems the franchise is done with coaching changes. The two moves they made were dumping Joey Porter and James Saxon.

Watt cited playing on a playoff team his rookie year compared to a non-playoff group in 2018, making him even hungrier to get back to where the organization should be. Personally, he said there was room to improve.

“I felt I’ve left a lot of plays out there this year…I feel like I can make a lot more plays…Just have to practice hard, keep refining my craft.”

While that’s true, he’s coming off a 13 sack season, the most by a Steeler since LaMarr Woodley racked up 13.5 a decade ago. Watt’s consistency was a bright spot along the defense and his well-rounded play makes him look like the right choice as a first round pick by Tomlin and Kevin Colbert. To elevate the defense even further, they’ll need to find another Watt-like player again and stop the concerning trend of missed initial selections come draft time.