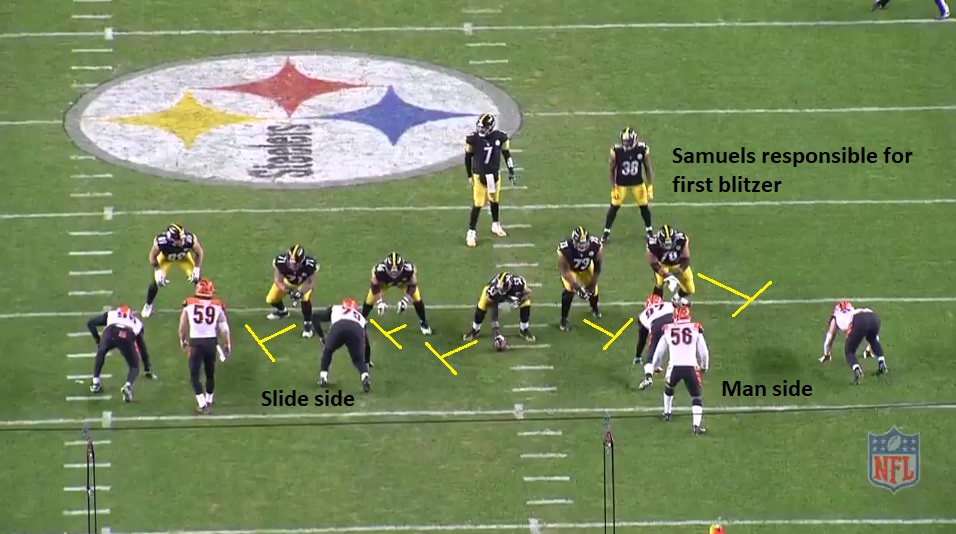 To finish out the year, looking at the lone sack allowed by the Pittsburgh Steelers in their regular season finale victory over the Cincinnati Bengals. Let’s check it out.

Heads up. We’ll do a full sack recap of the year sometime next week.

An issue of communication here. Steelers are in their half slide protection, a common scheme under Mike Munchak. Half slide, the center starting it, with Ramon Foster and Alejandro Villanueva ostensibly in “man coverage” on the defensive tackle and right defensive end. Jaylen Samuels is responsible for any additional rusher. If two rushers come, then Ben Roethlisberger must throw hot.

Things start off looking fine. The Bengals do send a linebacker, #56 Hardy Nickerson to the “man” side. That should be Samuels’ responsibility. BOB protection, backs on backer, with the linemen picking up the defensive linemen. 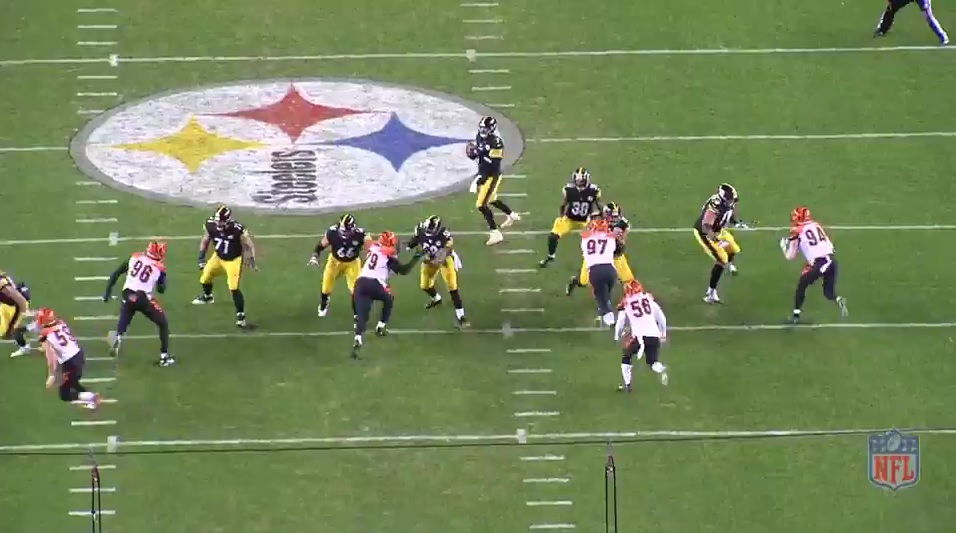 But for some reason, Foster passes Geno Atkins off to the inside. This seems to be where the communication breakdown happens. Foster either just goofed or thought Maurkice Pouncey was sliding to him, not away from him. 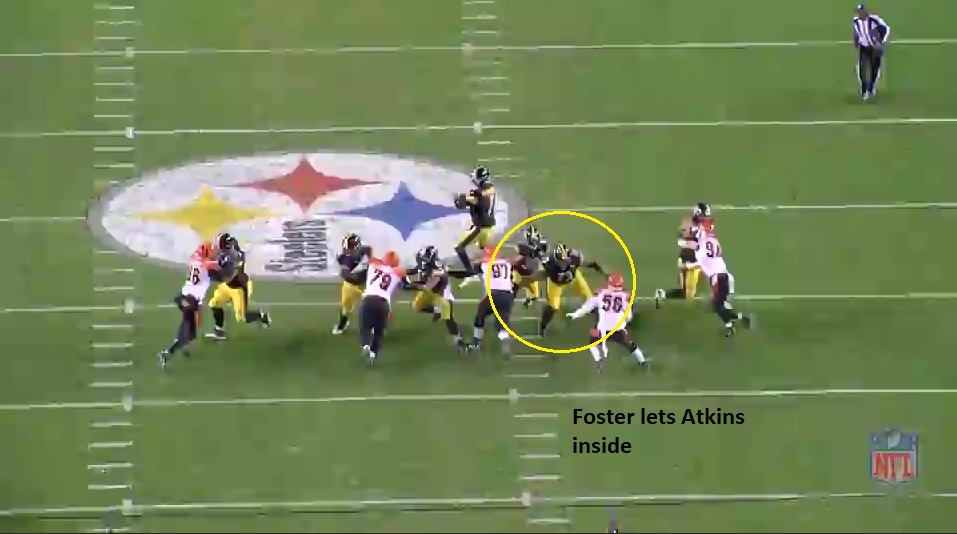 It basically pits Atkins against Samuels, an awful matchup, and forces the initial pressure. Doesn’t create the sack but forces Roethlisberger to his left, lets defensive linemen get off blocks, and soon enough, Ben’s taken down for a nine yard loss.

Maybe Pouncey did mess up here. But my money is on Foster, especially considering how David DeCastro slide away too and passed off #79 to Pouncey. Putting the blame on the Big Ragu.