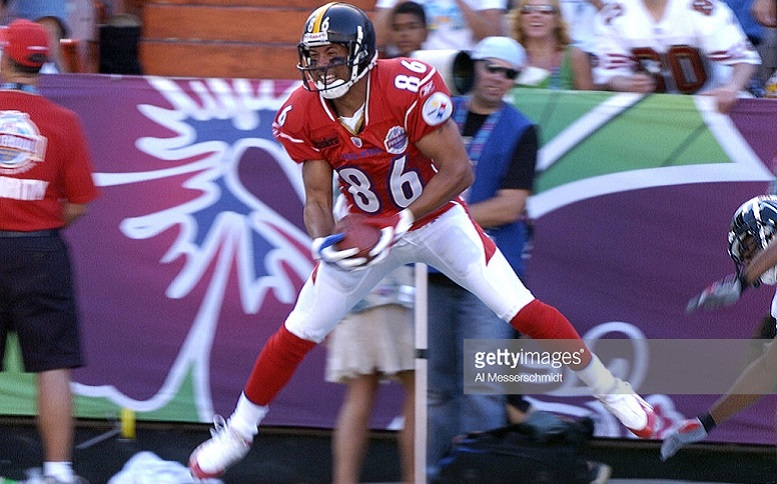 The Pittsburgh Steelers will have several players participating in Sunday’s 2019 Pro Bowl game in Orlando, FL and with running back James Conner and wide receiver JuJu Smith-Schuster included in that group, we might see a touchdown scored by one or both of them.

Should a Steelers player score a touchdown in Sunday’s Pro Bowl, it will mark the first time in 14 years that has happened. Former Steelers wide receiver Hines Ward was the last Pittsburgh player to score a touchdown in a Pro Bowl game and that happened on February 13, 2005 at Aloha Stadium in Honolulu, HI.

Ward actually scored two touchdowns in that game with one coming via 41-yard reception from quarterback Peyton Manning and the second coming on an onside kickoff attempt return. You can watch both those plays below.

In case you’re curious, former Steelers cornerback Mel Blount was the last Pittsburgh player to be named the MVP of a Pro Bowl and that happened on January 17, 1977. Blount registered two interceptions in that game.