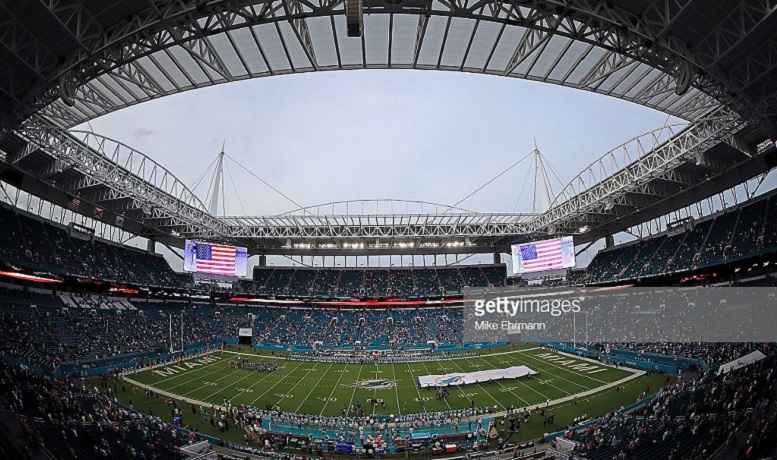 Super Bowl LIII is still a little more than two weeks away from being played and while we still don’t know the two teams who will face-off at Mercedes-Benz Stadium in Atlanta, Georgia, odds are already surfacing for which team will ultimately win Super Bowl LIV, which will be played in 2020 at Hard Rock Stadium in Miami Gardens, FL.

According to the opening futures odds for Super Bowl LIV posted by Superbook USA via Covers on Twitter, the Los Angeles Rams are the early favorites to win it all in 2020 at 6/1. They are followed closely by the Kansas City Chiefs at 7/1, the New Orleans Saints at 8/1 and the New England Patriots at 10/1. Those four teams are the four that will play in the Conference Championship games this coming weekend.

As for the Pittsburgh Steelers, they opened with 14/1 odds to win Super Bowl LIV. It will now be interesting to see how those odds move eight weeks from now should the Steelers trade away wide receiver Antonio Brown in addition to not tagging running back Le’Veon Bell. Last year at around this same time the Steelers lowest futures odds to win Super Bowl LIII were around 10/1.

As for the other three teams in the AFC North and their future odds, the Baltimore Ravens are listed by Superbook USA at 20/1 and the Cleveland Browns are listed at 30/1, which is probably the shortest odds that franchise has had in quite some time. The Cincinnati Bengals bring up the rear in the AFC North division with their 100/1 odds.

This is a big one! HOT OFF THE PRESSES FROM @SUPERBOOKUSA!!!