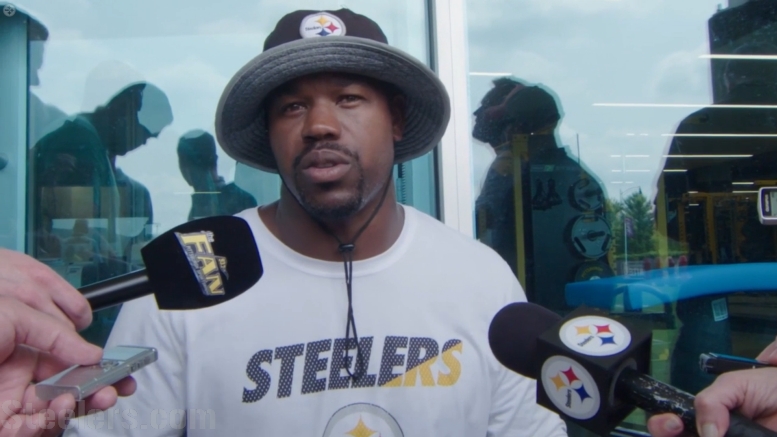 At the end of the day, it’s a moot point, but those who played under Joey Porter are coming to his defense. Last week, DVE’s Mike Prisuta sent out a tweet hinting the decision to get rid of Porter was in large part due to chemistry. He cited Porter pitting the defense against the offense in a divisive manner as one of those reasons.

Had a couple offensive players share complaints about Joey Porter late in the season, that he was trying to pit the defense against the offense in a divisive manner. The approach wasn’t understood or appreciated. This looks, smells like a move to address culture, chemistry.

Well they were wrong Coach Porter was always about brotherhood‼️ Your statement is far from the truth. From the time I walked into the lockeroom, Coach Porter had the respect of everyone and was one of the realest in the building. He ain’t the scapegoat. #bigFACTS https://t.co/hbBd4Z5K4v

Oh so we just making up lies now

People saying that Joey Porter was tearing our team apart is so inaccurate ! That’s so crazy

Porter’s contract would not be renewed for 2019, Mike Tomlin announced in a Friday press release.

Obviously, we’re never going to learn the real reasons why the team moved on from Porter. There’s likely a middle ground, a combination of lack of production, development, and coaching style that led to the team from moving on. For whatever it’s worth, it seems like the guys Porter coached liked playing for him, considering how hard they’re publicly sticking up for him.

Given how thin the Steelers were at the position depth chart wise, they carried just three on the 53 for most of the season, this is practically the entire room. The only two we haven’t heard from are T.J. Watt and Ola Adeniyi. Maybe they’ll add their thoughts later today.

This comes on the heels of the surprise canning of RBs coach James Saxon. According to at least one report, that decision has players upset too. Though changes were inevitable, they don’t seem to be going over well in the Steelers’ locker room.

Pittsburgh will announce Porter’s replacement in the coming weeks. You can check out the list we made of five candidates who make sense in replacing him.

I second everything you said bro https://t.co/4Gf5B1HXeR