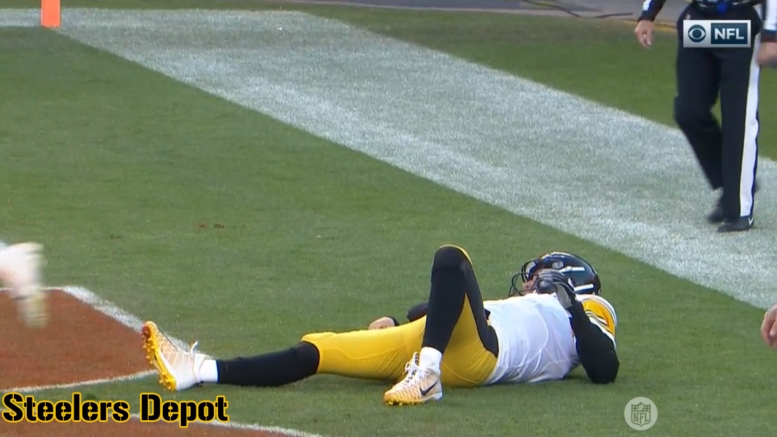 Want to feel even worse about the Pittsburgh Steelers’ 2018 season? Apparently, no team under similar circumstances has ever fallen so far as to miss the playoffs without having suffered a catastrophic injury that torpedoed their chances of doing anything for the rest of the year before the Steelers managed to do just that.

As a quick recap, Pittsburgh began the season drawing to a tie with the Cleveland Browns, who had just gotten done losing their last 17 games. They then lost to the Kansas City Chiefs, barely held on to a commanding lead against the Tampa Bay Buccaneers, and lost, at home, to the Baltimore Ravens to get off to a 1-2-1 start.

What followed was a six-game winning streak, something that they have done often enough lately, which got them to 7-2-1 and in position to secure for themselves a first-round bye. If they could have finished out their schedule losing only one of their final six games, in fact, they would have homefield advantage right now.

Instead, they lost four of those games to finish with a 9-6-1 record. They lost to the Denver Broncos, the Los Angeles Chargers at home, the Oakland Raiders, and then the New Orleans Saints. They held a fourth-quarter lead in three of those games, and entered the final frame tied in the other.

Only three teams since the current playoff format came into effect in 1990 have started a season going at least 7-2-1 and then failed to make the playoffs. The Raiders in 1995 and the Miami Dolphins in 1993, both 8-2, failed to reach the postseason, but only following catastrophe.

The Steelers are the 3rd team to start 7-2-1 or better through 10 games & fail to reach the playoffs since the current playoff format was adopted in 1990.

Jeff Hostetler was the Raiders’ quarterback in 1995 and was playing competent football before he suffered a shoulder injury. Oakland turned to Vince Evans and Billy Joe Hobert to fill in in the meantime, which didn’t work out so great. They lost their final six games and ended up finishing last—that is, fifth—in the AFC West that year. Only one team was better than 9-7 in that division in 1995.

As for the 1993 Dolphins, Dan Marino was injured five games into the season, going 4-1 in those contests. They held it together well enough to go 4-1 in their next five games as well, but they lost their final five to got 9-7. They were second in the AFC East that year, but the Steelers, also with a 9-7 record, won a tiebreaker for the final Wildcard spot.

As for the 2018 Steelers, their quarterback, Ben Roethlisberger, played every game. Their top two wide receivers were healthy enough to play every week. Le’Veon Bell no-showed, but James Conner filled in with 13 touchdowns.

While they did finish with a better record than either of those teams, they met the same fate of missing the postseason. And they had no injuries to blame it on. This was the bed they made for themselves, by and large.