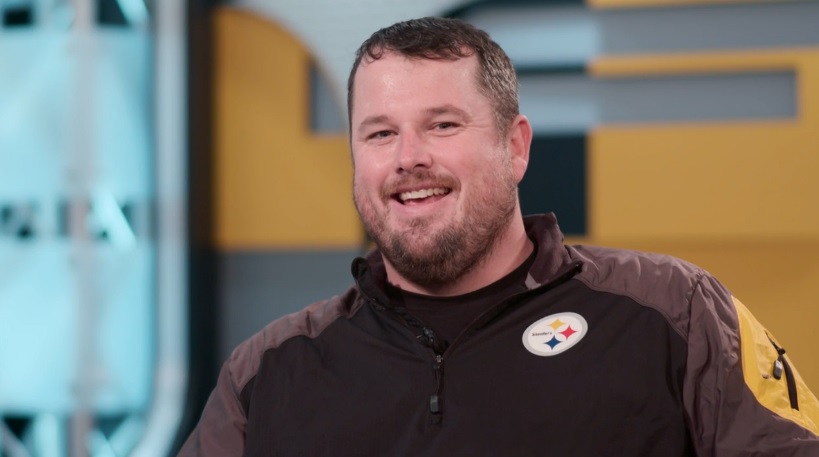 For the first time since being named as the Pittsburgh Steelers’ new offensive line coach, Shaun Sarrett spoke to the media. Sitting down with Steelers.com’s Missi Matthews, Sarrett was asked what he learned from Mike Munchak after spending the last five years as his right hand man.

“The one thing I will say about Coach Munch is that he’s the most detailed person I’ve been around,” Sarrett said in the interview. “He’s detailed, detailed, detailed. That’s hopefully something I can take and continue on in that room. Those guys really took hold of that. That’s something they need.”

Munchak was propped up with a Hall of Fame resume as part of his background. He was literally in the trenches and someone who knew how to elevate his game to its highest level. That let players buy in to the importance of the little things. Munchak was adamant about a linemen’s first two steps out of his stance, showing explosion and proper technique, the little things that can make or break a rep.

Sarrett doesn’t have that kind of background but can impart that wisdom on the room he now commands. The players who know him understand the role he’s played and how important he’s been to the group’s success. And had it not been for Munchak getting fired in Tennessee, it’s very likely Sarrett would’ve gotten his shot back in 2014. Now, he’s the guy, and a challenge he accepts.

“I think the challenge is just the first time thing. The first time I’ve done it. Being the lead voice in the room instead of the secondary voice. Going from the Robin to the Batman. It’s a role. You gotta step in and take it. And I’m looking forward to doing it.”

Promoting Sarrett is far from the “sexy” move, especially after hiring and having a revered name like Munchak, one of the few positional coaches in football even most casual fans know. But it was the right move. Now, ideally at least, the Steelers will find Sarrett his own assistant to maximize the group, the way they’ve done it for the last five years with some awesome results.