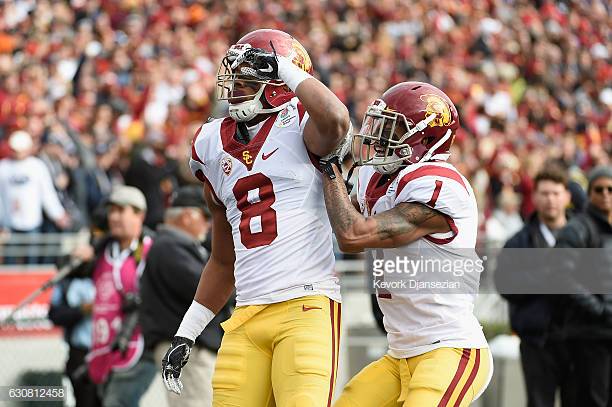 Thursday was the final day of practice for the 2019 Senior Bowl, the 70th edition held in Mobile, Alabama. Weather held up enough for them to hold the North and South team sessions outdoors at Ladd-Peebles Stadium after access was restricted due to weather Wednesday.

Unfortunately, we didn’t have our guys covering practice. So I wanted to add my brief thoughts based on what was shown on NFL Network. An incomplete report, of course, though I’m excited for Saturday’s game where the competition really ramps up.

– Watched the backs on backers drill. One edge rusher to keep an eye on is TCU’s Ben Banogu. Twitched up with near ideal size (6’3/4 247, 33 3/8 inch arms), great get-off, and refined hand use to stay disengaged. Shows the ability to flatten the corner and work to the quarterback. Performed well here and in OL/DL. Healthy amount of production too, 8.5 sacks in each of his last two years.

– Backs on backers certainly isn’t a drill designed for the offense to win. Too much time, too much space, pass rushers being able to work the entire field and win in every way imaginable. But two offensive players who held their own were Wisconsin fullback Alec Ingold and Washington tight end Drew Sample. Showed patience, not making the first move, and the ability to anchor on contact.

Sample will likely draw comps to Will Dissly, his teammate last year drafted in the fourth round by Seattle. He was taken for his blocking but briefly blew up as a receiver too before injury cut his season short. Ingold is the type of guy who will make every training camp roster all the more competitive.

– Some WR/DB notes. Georgia State’s Penny Hart has been the talk of the week and one of the biggest “risers,” a small school player (though to be clear, they are FBS), a junior who declared despite limited production. His ability to create space at the breakpoint with head fakes and quickness is remarkable. However, his lack of size (5’8, 180, 72 inch wingspan, the latter the third shortest in Mobile) makes for a limited catch radius. Quarterbacks gotta hit him square. If they’re off target, even knowing that’s their own fault, he struggles to make up for them. Won cleanly on one route today, running a skinny post, but Trace McSorley threw the ball behind. Hart tried to adjust, reaching back for the ball, but it clanged off his hands.

– Speaking of McSorley, he didn’t seem to have a great practice today, which echos what those who have been in attendance have said during the week. Early in practice, he sailed a simple ten yard out way over the head of his tight end and overall, his ball placement/accuracy has been poor. Some have been impressed by his leadership and how vocal he is but that only gets you so far.

– More on UMass wideout Andy Isabella, another small and small-school receiver. Similar to Hart but today at least, he seemed more decisive and quick in his cuts. Caught buzz Day One because of how twitched up he was, the separation he’d get firing his feet in place and winning in one-on-ones, but that stuff doesn’t fly in the NFL. You get in and out your cuts, not dance around on a five yard speed out. Seems to have cleaned it up and put in a solid practice.

– How about some cornerback talk. One dude to focus on? USC’s Iman Marshall. Got the call right before the Senior Bowl began as an injury replacement and I’m really glad he did. Caught my eye Day One and again today. His size, his comfort level in press, staying square, punching with the right hand, reading the receiver’s hips, with good feet and the ability to play the ball in the air. Not entirely sure where he’s going to go but if he’s there in the third round, I might be all over him.

– Know it’s not a big need but they showed plenty of action with the offensive line today. Kaleb McGary is a house at tackle. Tremendous play strength and anchor. Routinely tossed dudes into the ground who tried to win the edge, though if he doesn’t get enough width on his kickset, he can be beat. Wisconsin’s Beau Benzschawel, a guard, is in a similar boat, typical for a Badger.

– USC’s Chuma Edoga looks like a future left tackle. Has the important traits. Not the biggest dude (6’4 303) but with nearly 35 inch arms, there’s no argument to be made he needs to kick inside. Well put together body, strong athlete, with good feet who keeps his base and is able to finish his reps. Jon Gruden had the OL/DL get together for a ‘best of three” near the close of practice. Edoga had the tiebreaker with TCU’s Banogu, winner taking all. Edoga ran him up the arc and won for his group, the rest of the linemen going crazy. Love that competitive moment.

– Charlotte’s Nate Davis, unfortunately, struggled. Overextends in pass pro, will overset and give up a soft inside lane, and struggled one-on-one. Didn’t come away impressed.

– Finally, hard to find anyone more amped up for today than Kansas State’s Dalton Risner. Got into some scuffles today, energy was high in drills, and he’s reportedly had himself a good week. Physical dude.

– Couple more offensive tackles to watch. Andre Dillard from Washington State is a potential first round prospect who showed his talent can exist out of Washington State’s scheme. Tons of upper body strength. Montez Sweat had a good week of practice but Elon’s Oli Udoh won back-to-back in OL/DL. Udoh is a sleeper. Julie’n Davenport got some attention two years ago after a good week coming out of Bucknell. Drafted in the fourth round. I think Udoh could go a round higher.

– Didn’t see a ton of Kentucky’s Mike Edwards this week. Probably going to be more of a box guy who will run, hit, and cover tight ends. In one-on-one against receivers, he must do a better job of reading the hip and not getting fooled by head fakes or where he anticipates the receiver is going. Working one end zone drill, he trailed the receiver, guessed the dig, then watch him separate as the receiver cut to the sideline.

I’m still excited to get a deep dive into his tape though.

– Reports are glowing of a local product at running back, Wesley Hills from D2 Slippery Rock. At over 6’0, 209, he’s got the size and power to hang at the next level. This school has produced NFL prospects before too, like Brandon Fusco.

– Another “riser” is receiver Deebo Samuel, who burned pretty much every corner he met this week. Unlike guys like Hart and Isabella, he brings size to the table at 5’11/4 216 with more than 10 inch hands.

– Nose tackle Daylon Mack from Texas A&M just feels old school. Power, leverage, and the dude didn’t even practice with a jersey for most of today. Guess someone ripped it off. Just worked in his pads and helmet.

– Keep an eye on Kentucky cornerback Lonnie Johnson. Great size, strength, and technique. Temple’s Rock Ya-Sin had great battles with Samuel, too, throughout the week.

– Pitt running back Darrin Hall was called up today as an injury replacement. Played well in the Shrine Game. Excited to see him get action tomorrow.