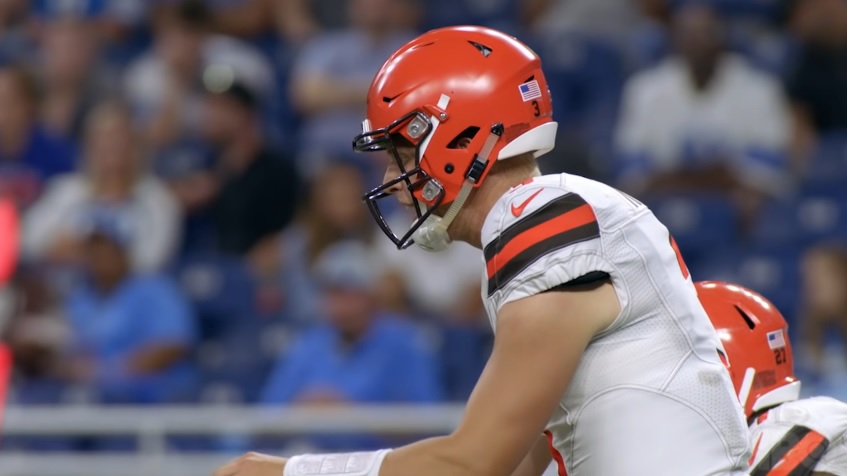 The Pittsburgh Steelers are continuing to add to their offseason roster. According to ESPN’s Adam Schefter, they are signing QB Brogan Roback. Additionally, the team announced on Thursday that wide receiver Ka’Raun White was also signed to a Reserve/Futures contract.

We have signed QB Brogan Roback and WR Ka’Raun White to Reserve/Future contracts.

Roback is best known for his time this year with Cleveland, a Hard Knocks favorite as Schefter points out. Here’s one clip, teased by HBO before the fifth episode.

An undrafted rookie out of Eastern Michigan, Roback was waived by the Browns at camp cutdowns. He worked out with Tampa Bay during the year but was not signed. He was one of the Steelers 2018 pre draft visitors last March as well so they already know quite a bit about him.

He started three years in college, tossing 57 touchdowns to 38 interceptions while completing 58% of his passes. His best season came as a junior where he led his team to a 7-6 record and bowl berth before falling to Old Dominion in the Bahamas Bowl.

Adding Roback gives the Steelers four quarterbacks on the roster. That’s the number they carry into training camp each year. We’ll see if he lasts through the offseason or if he gets replaced by a UDFA after the draft.

As for White, who played his college football at West Virginia, he was originally signed in 2018 as an undrafted free agent by the Seattle Seahawks. The Cincinnati Bengals then claimed White off of waivers from the Seahawks in early May and then waived him again in September.

At West Virginia, White played in 33 games (26 starts) over three seasons and he finished his college career with 124 catches for 1862 yards and 17 touchdowns. As a senior last season, White registered 61 receptions for 1,004 yards, and his 12 touchdowns tied for third-most in a season in WVU history.

At the 2018 scouting combine, White reportedly ran his 40-yard dash in 4.52-seconds in addition to posting a vertical jump of 33.5 inches and broad jump of 9’10”. He measured in at the combine at 6010, 206-pounds. White is also the brother of Chicago Bears wide receiver Kevin White and Los Angeles Chargers linebacker Kyzir White.