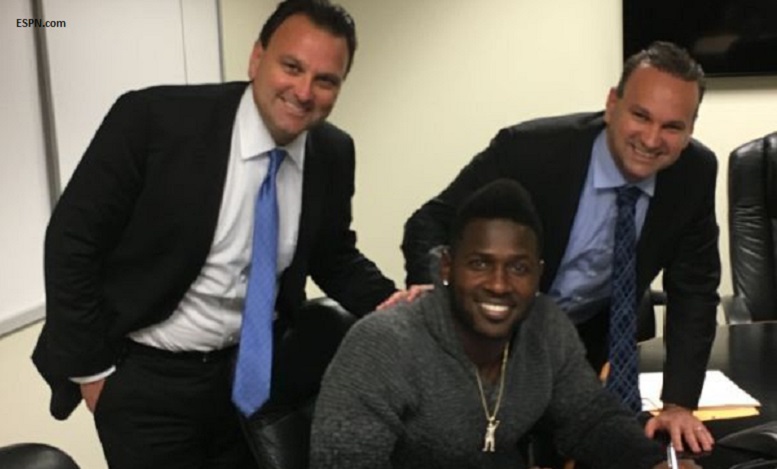 Appearing on 7 Sports Xtra on Sunday, Rosenhaus offered a short answer in response to a question from the show’s host about Brown’s career possibly being over in Pittsburgh.

"Antonio has had a Hall of Fame career there, and we'll be ready for whatever happens next…"

Tonight, exclusively on 7 Sports Xtra, @AB84's agent, @RosenhausSports, sits down with @sshapiro7 to discuss what's next for Antonio Brown & his future with the Pittsburgh Steelers 👀 pic.twitter.com/K6xUeNY2Mi

“I’m just going to say that Antonio is a great, great player, a tremendous competitor, a great teammate and whatever happens this offseason, we’ll make the best of it,” Rosenhaus said. “I don’t have any particular comment about what the Steelers may or may not do. Antonio has had a Hall of Fame career there and we’ll be ready for whatever happens next.”

Rosenhaus’ comments were obviously brief and it’s really hard to read too much into them other than speculating that he’s really not sure what action the Steelers will ultimately take with his client in the coming weeks and months. If you believe the recent reports, Rosenhaus highly advised Brown against doing an exclusive interview with former Steelers outside linebacker James Harrison last Wednesday after the end-of-the-season Mike Tomlin press conference had ended.

Since last Sunday, many have speculated that the Steelers are destined to part ways with Brown via a trade this offseason and likely before paying him the $2.5 million roster bonus he his due on March 17. During his last press conference, however, Tomlin said that the team had yet to receive any formal trade request from Brown or his representation and that he looked forward to a future meeting with the wide receiver.

Brown has also since received a lot of negative criticism in the media for his actions during the team’s final week of regular season practices with a lot of it coming from another one of his former teammates-turned ESPN analysts, Ryan Clark.

This drama surrounding Brown will likely remain in the news cycle for the remaining weeks of the 2018 season and on through the Super Bowl. It will also be interesting to see if Brown attends the Pro Bowl this year and if he’s willing to answer any questions about his future in Pittsburgh and what ultimately set him off and resulted in him going AWOL during the final week of the regular season at that time.