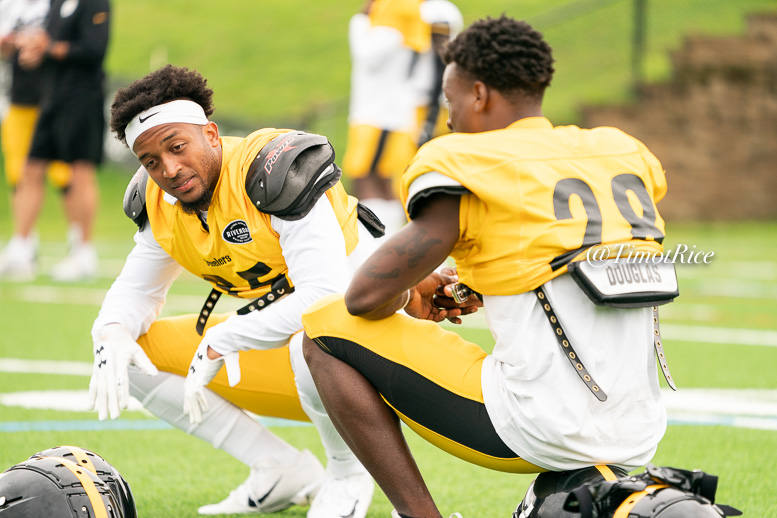 Let me climb up on my soapbox for a minute here. Allow me to circle back to one of my typical offseason rants, right up there with “Mike Tomlin says to come in great shape” and “Why does it rain every afternoon at St. Vincent College?” If you know me, there’s two things I hate.

For your sake, we’re focusing on that second one today. “Camp bodies” is a league-wide term and I know why it gets used. Because most of the time, it’s technically true. The last 15 players of the roster gets carried to camp and discarded away. For every guy who hits, there’s an Emmanuel McCray, Jordan Hall, and Ian Wild. I’ll give you a second to look those guys up. Most of the time, guys don’t make it.

Most of the time. That’s the important phrase. Sometimes guys break the mold, beat the odds. And now that we’re knee-deep in futures contracts, signings announced where fans shrug or at best, go “Who?” in your local Facebook comments section, that perspective is important.

You don’t have to search far for such examples on the Steelers’ roster. They’re littered with stories of the underdog. Roosevelt Nix is one of the best stories. Infamously cut by the Atlanta Falcons on Hard Knocks, he became a subsitute teacher just to keep the lights on. Then Pittsburgh signed him to a futures deal in January of 2015. He played his way onto the roster and his life has changed because of it.

Mike Hilton is another. Technically, he signed to the team’s practice squad late in 2016 but again, accepted a futures deal after the year ended. By Week One of the regular season, he was splitting time as the starting nickel with William Gay. By the next game, he was the guy. And one of the most consistent defensive players on this team, even if that bar is disappointingly low.

Don’t forget about Jordan Dangerfield either. He was in the same boat in 2014, scratching and clawing his way onto the roster despite the team’s best efforts to keep him off it. Danger is one of those success stories you should point to every training camp. He’s had to take everything he’s done; nothing was given.

That’s the mentality every futures player from this year has to go with. Yup, the odds are long. Quicker they accept that, the quicker they can make a serious push for this roster. Most are going to flame out. But odds are, at least someone will stick. Maybe it’s Kevin Rader, the block-first tight end from Youngstown State. Or Dionate Spencer, the speedy return man too short to ride the roller coasters at Kennywood. Perhaps Tegray Scales becomes the next Tyler Matakevich. I’m sure rooting hard for it.

It’s going to happen. I’m going to keep the receipts of this “camp body” talk. And I’m not afraid to use it.