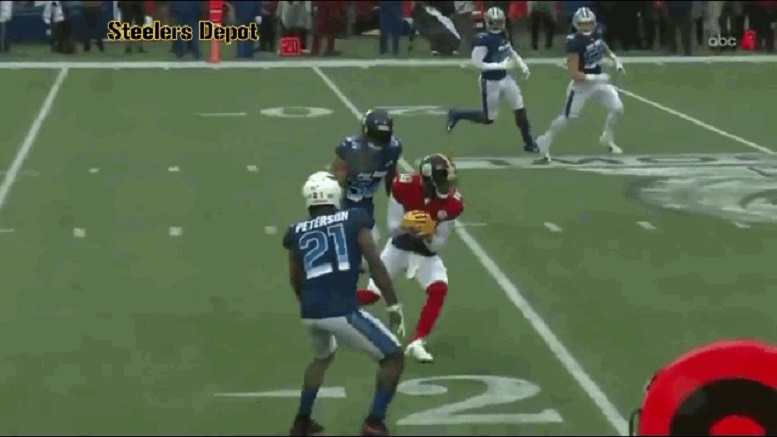 If the Pro Bowl is dying, then it is dying a very slow death, and for one very simple reason: people are still watching the game. A lot of people. Like, more than you would think. And you know who was watching the game? You. Or if not you, probably a bunch of people you knew.

Following a few years of ratings dips, the NFL has tried to get the Pro Bowl back to normal with the typical NFC/AFC layout with some added trinkets here and there, and that has seen the ratings grow healthier once again.

And Pittsburgh was one of the most well-represented markets in the entire country in terms of viewership for the glorified exhibition game which necessarily does not include anybody who will actually be competing for the NFL championship on Sunday.

Now, it’s not entirely without reason that the city tuned in. the Pittsburgh Steelers sent six of their eight Pro Bowlers down to Orlando this year to participate in the game, namely JuJu Smith-Schuster, James Conner, Alejandro Villanueva, Maurkice Pouncey, Cameron Heyward, and T.J. Watt. David DeCastro and Antonio Brown were also named Pro Bowlers but did not participate due to injury.

In all, the Pro Bowl averaged about eight million viewers, peaking at just shy of nine million at its highest total viewership, even though the game itself was a rainy blowout in favor of the AFC by a margin of 26-7.

Now, no market for viewership was nearly as strong as in Kansas City, which did feature a host of Pro Bowlers led by none other than the young sensation at quarterback, Patrick Mahomes, who threw for over 5000 yards with 50 touchdown passes for the Kansas City Chiefs.

Kansas City drew an astonishing household rating of 13.9, which far outdrew every other city. But Pittsburgh was next at 8.6 and threw others also had a share of over eight. As for Orlando itself, it held a share of 7.3.

Now the ratings for this Pro Bowl actually were down slightly from last season, but that’s still an extremely strong showing for a glorified scrimmage. The game in 2018 drew 8.6 million viewers. The bottom line is that the Pro Bowl outdraws almost every other game from the other major professional sports leagues in the US, and that’s pretty bonkers.