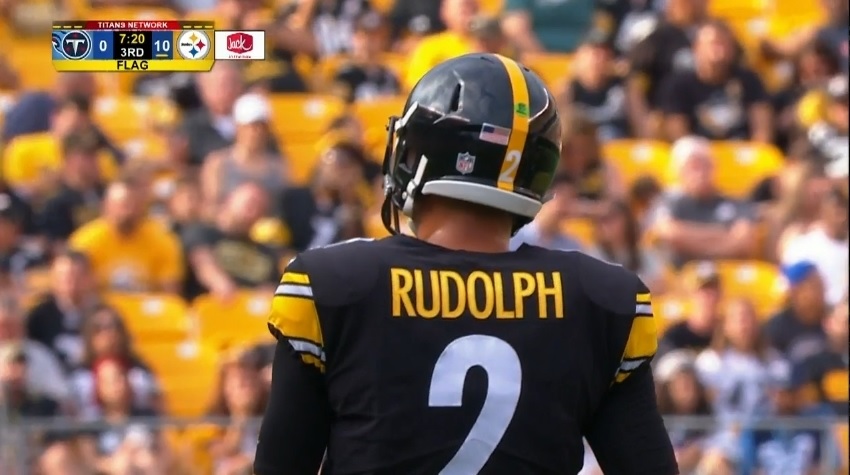 Pretty easy one to start this series, which I wanted to begin earlier than usual this year so I can get through more profiles. For Rudolph, still – I presume – considered Ben Roethlisberger’s future heir, he’s gotta start climbing the ladder. He functioned as the #3 quarterback this year, playing reasonably well during camp and preseason, but ending up as the third stringer wasn’t a huge surprise. He was the new guy and Josh Dobbs showed development from Year One to Year Two. That’s what we’re looking from Rudolph this summer.

From the ground up, I liked what I saw with him in training camp. He has the build, the look, but more importantly, the poise to play the position. Loud, clear, easy communicator and you could feel him take command of the huddle. Here’s what I wrote coming out of camp.

“Love his command and – I keep going back to this word – poise for a rookie. Not many ugly mistakes. Center/RB exchanges, getting the play in, clear communication, only a handful of terrible throws/decisions, he checked plenty of the baseline boxes.”

Everything’s in place for him to become the backup. That’s a critical step for his development. A pathway to playing time, just a snap away from seeing action, and let’s face it, there’s just a different feel to being the guy suiting up on gameday instead of showing up in sweats and feeling on the “outside.” Practice reps are a crucial part of that development too. If you’re the #3, reps are tough to come by.

His rookie year, Dobbs would find a couple receivers post-practice to throw routes with, just to get some reps. Ben Roethlisberger often getting Wednesday’s off helped Rudolph get some work but acting as the permanent #2 will be crucial to getting him the reps he needs.

Rudolph being named the top backup isn’t a guarantee. That might be the expectation but it’s not going to be handed to him. He’ll have to battle Dobbs and play better. One part of that is limiting turnovers, a predictable issue for him at Latrobe (he threw eight of them, the most of anyone). If he doesn’t, he’ll find himself inactive again in 2019 and that’ll obviously be a disappointment for his short-term and more importantly, long-term outlook.