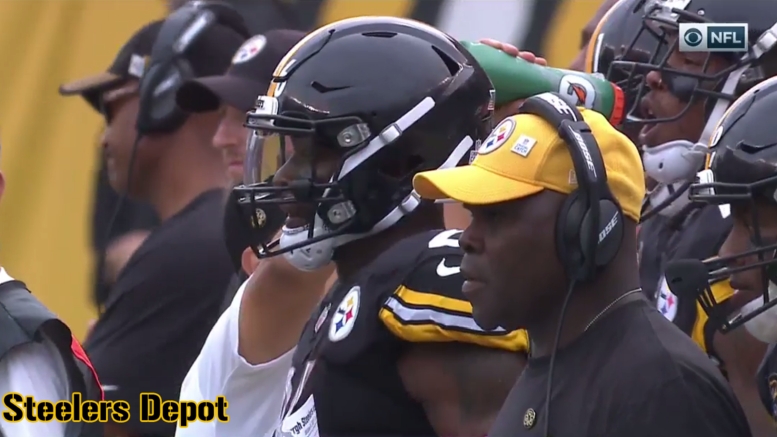 The Pittsburgh Steelers sure are doing a good job of keeping themselves in the news cycle—whether they like it or not, in spite of the fact that their final game of the season had already been play over a week ago.

The odd news of the day was the announcement that Head Coach Mike Tomlin had made the decision that he would not seek to renew the contract of running backs coach James Saxon, who was originally hired in 2014 to replace Kirby Wilson at the same position.

While the Steelers did not suddenly become a running team with Saxon in the building, they did become more efficient. As you surely remember, 2014 was Le’Veon Bell’s breakout season, gaining over 2000 yards from scrimmage and being named first-team All-Pro.

Even with Bell sidelined for much of the next four years, Saxon’s running backs came to play, namely DeAngelo Williams a few years ago, and James Conner in his second season, having had minimal experience, in 2018. The Steelers even mustered up a quality start out of fifth-round rookie Jaylen Samuels.

The point being, this is the most surprising coaching dismissal in the Mike Tomlin era, in that that there seemed to be no prior indication, whether by report or by performance, that it would be coming. Outside of Mike Munchak, Randy Fichtner, and James Daniel, Saxon would be the last coach I would have anticipated needing to be concerned about his job security this year.

If you follow me on Twitter, you likely saw what I wrote in response to the news yesterday. Unless or until we learn more information about the reasoning behind the decision, it’s going to be a difficult one for me to back. There’s only so much we can truly glean from the production numbers about a position coach, but still, this feels odd.

Perhaps Tomlin feels that Saxon didn’t do a good enough job of handling Bell over the course of the past few years in terms of his attitude. It’s likely that Joey Porter’s dismissal was also tied to disciplinary concerns. But unless we hear more, it’s impossible to know.

There have certainly been moments in which the running game could have been better this season, but considering the hand that Saxon had been dealt—you know, not having your starting running back, and then losing him for a chunk of the season late—I think they did pretty well.

James Conner did have fumbling issues—and Stevan Ridley too. Turnovers were another major issue this year. Could that have been a big part of the decision to let Saxon go? If they bring in a fundamentalist type up next, perhaps that could speak to the issue.