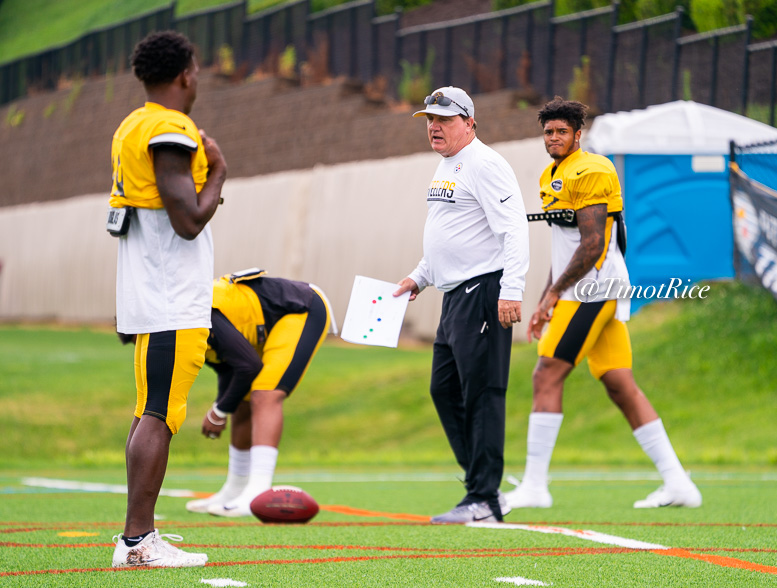 Perhaps Joey Porter is just the first domino to fall. Though Porter was the only coach canned in yesterday’s press release, multiple reports indicate the Pittsburgh Steelers will soon make other moves.

The #Steelers have begun making changes on the defensive side of the ball, announcing that LB coach Joey Porter won’t return. There are expected to be others.

Steelers do not renew contract of Joey Porter. More moves to come.

These reports aren’t explicit there will be more changes to the coaching staff but it’s definitely implied. So let’s run down the rest of the group.

Keith Butler – It’s fair to say it’d be an upset if Butler stays for 2019. But if the Steelers are getting rid of the “culture” problems as Matthew Marczi wrote about this morning regarding Porter, Butler could wind up safe. It’s unlikely he’s a part of the problem in that regard. But you know my thoughts on Butler. He needs to go.

Karl Dunbar – The defensive line coach hired last year to replace John Mitchell. The group seemed to play well and improve as the season went on. Even Daniel McCullers had his best year ever, though that’s not saying much. Dunbar isn’t likely to be canned so quickly after appearing to do a decent job and a coach players like playing for. Less of a drill sergeant than John Mitchell while still maintaining a high standard.

Jerry Olsavsky – Olsavsky hasn’t been dealt a great hand of talent without Ryan Shazier. Not the first round picks the defensive line and secondary have been given. He’s improved the game of Vince Williams and L.J. Fort. Is that enough? Maybe, maybe not. If you’re looking to make a change for the sake of a fresh voice in the room, Olsavksy makes sense.

Tom Bradley – Like Dunbar, he was brought in February to replace Carnell Lake. The secondary didn’t take any big steps forward this year as a whole but Terrell Edmunds steadily improved as the year chugged along and Bradley likely deserves some measure of credit for that. He’ll probably be given at least another year with more talent to work with, assuming they either bring in a high-prized free agent or invest plenty of draft capitol in the position.

With Porter out and Dunbar/Bradley likely safe – though not guaranteed, let’s be clear – it comes down to Butler and/or Olsavsky. If the Steelers are going to make more moves, you’d think they’ll come sooner than later. Possibly as early as Monday. Other teams will begin to assemble coaching staffs, the first head coaching hires are going to be made within a week, and that’s going to start taking names off the market.