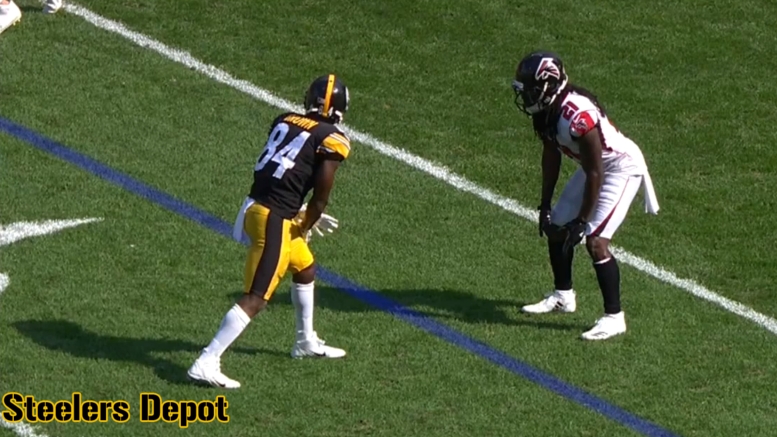 Here are the three main takeaways you need to know about what Mike Tomlin said regarding Antonio Brown today.

1. Brown told the team he had a knee injury Wednesday
2. Brown stopped communicating with the team by the weekend
3. Tomlin seemed to at least open the door about trading Brown, though added a formal request hasn’t been made.

I start there because about 28 of Tomlin’s 30 minute press conference today revolved around #84. There’s so much to get to that honestly, I don’t know where to begin.

Tomlin started the press conference by detailing everything that happened with Brown last week. He said Brown came to the team on Wednesday complaining of knee soreness. Tomlin gave him a veteran day off, routine for any player of Brown’s tenure. By Friday, Brown still said his knee was sore so the team sent him to get an MRI. Tomlin later revealed Brown did not end up undergoing an MRI. From there, Brown failed to communicate with the Steelers.

“Then after Friday’s business was done, it became difficult to communicate and catch up with him,” Tomlin told reporters Wednesday. “I wasn’t able to communicate with him Friday evening or Saturday morning. So when we had our Saturday morning mock-game or walkthrough and we hadn’t communicated with him, it then became something altogether different. We decided to focus our energies on the guys who were working and prepared and present.”

“I outlined to Drew that decisions weren’t made like that. But I would be interested in visiting with [Brown] in person prior to the game. But playing wasn’t on the menu.”

Brown and Tomlin met Sunday prior to the game, Tomlin saying the best thing Brown could do for the team was to be at the stadium and support his teammates. Brown reportedly left at halftime, though Tomlin said he wasn’t aware of that, obviously focused on the game.

According to Tomlin, that’s the last time the two have talked.

“I’m not going to speculate on trades…we haven’t formally received a request in that regard.”

That at least sounds like a trade is possible, a notable development in itself, even if Brown hasn’t asked the team to deal him. Mid-way through the presser, Brown posted this photo to his social media.

Tomlin was asked about it but deflected, saying he wasn’t worried about what was happening on social media.

When flatly asked if Brown’s problems could be more trouble than he’s worth, Tomlin had a short, definitive answer.

When asked if he was aware of any dispute between Brown and Ben Roethlisberger, Tomlin said no. One report says Brown threw a football at Roethlisberger during a Wednesday morning walkthrough before storming off the field.

“I’m sure there’s situations and conversations and disagreements that go on professionally speaking all the time, but not anything of any significance that will produce the conversation that we’re having or something that will be needed to overcome in the manner in which we’re discussing.”

“When he did not show up on Saturday, I didn’t know the extent of his injury, I made the decision at that time regardless of how he felt at any point, that we were moving on and singularly focused on playing the game.”

While he didn’t use the word “quit” to describe Brown when asked, he definitely didn’t deny it either.

“The bottom line is that we were playing a significant game and he didn’t do a good enough job of communicating, or being available in the hours leading up to that performance, so we needed to make decisions pertinent to getting prepared to play in that performance. So, I’ve been really clear about outlining what transpired, the level of communication and things of that nature, so obviously there’s some things within that that you can infer, certainly.”

As if this story couldn’t get anymore chaotic, Brown is hanging out with James Harrison. Harrison posted this video to his Instagram story, both guys listening to Tomlin’s press conference, and promised an “exclusive interview” after. Whatever that means. We’ll keep you updated.