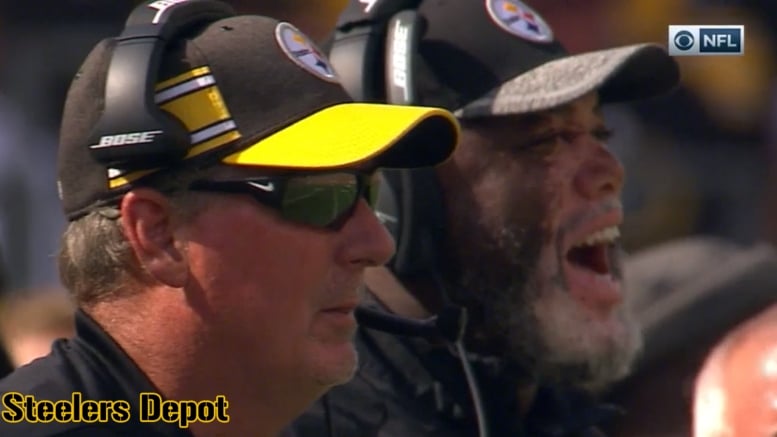 Nobody really knows what the Pittsburgh Steelers’ plans are this season, and for the moment it doesn’t really seem as though they have a concrete understanding of what their overarching plan for this offseason is either. So far, they have let two positions coaches go, brought in a new assistant position coach, are scrambling to retain yet another position coach, and are trying to figure out what to do with Antonio Brown.

And who will coach the outside linebackers? Gerry Dulac of the Pittsburgh Post-Gazette recently wrote an article indicating that defensive coordinator Keith Butler, who was the team’s linebackers coach for a long time prior to stepping into that role, may be the one to do that.

But he also basically said that the outside linebackers now fall more under the jurisdiction instead of Karl Dunbar, their defensive line coach, an indication of just how significantly the team—and the league—has shifted away from seven-man fronts as their ‘base’ package.

Because the Steelers spend the vast majority of their time lining up in four-man fronts with a nose tackle on the sideline, their outside linebackers essentially function more often than not as defensive ends who drop into coverage more frequently. And even their coverage responsibilities were curtailed last season in comparison to previous years.

So perhaps the decision to let Joey Porter go was not so much about himself as a coach and his presence in the locker room, but rather more about the way that the team is viewing the position, which frankly is more reflective of the reality of the situation.

“If the Steelers decide to expand Butler’s duties, they would not interfere much with his job as defensive coordinator”, Dulac wrote. “When the Steelers are in their sub-package defenses, outside linebackers T.J. Watt and Bud Dupree are deployed more as defensive ends and are then instructed by defensive line coach Karl Dunbar. Butler would work with the outside linebackers only in those limited situations when they actually line in their base 3-4 defense, which is approximately 20 percent of the time”.

Could this have been part of the plan? The Steelers somewhat surprisingly brought in Dunbar last season, replacing John Mitchell as the defensive line coach as he scaled back to an off-field role. Mitchell remains by far the longest-tenured coach on the roster.

T.J. Watt and company spend the majority of their time playing in roles that are better suited to the 4-3 defensive end position, so it wouldn’t hurt if they were instructed by somebody more equipped to teach them how to play as a lineman rather than as a linebacker, though their added flexibility helps. Perhaps we might even see the outside linebackers with their hands in the dirt more going forward.