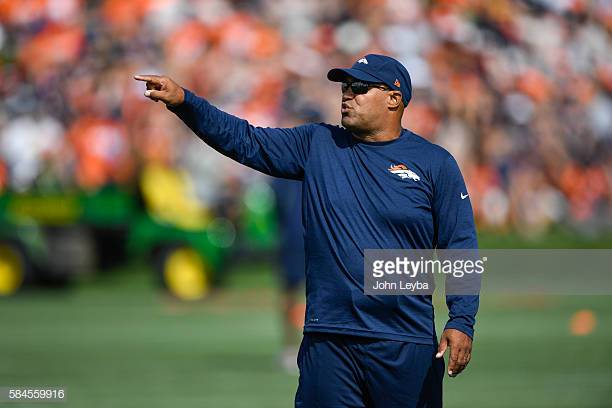 Gotta admit I didn’t anticipate writing this article. But with James Saxon’s dismissal, it’s all about finding his replacement. Here are five names who make sense to replace him as the Pittsburgh Steelers’ running back coach.

These names listed in no particular order.

John Settle/Wisconsin: Coming up with this list was more difficult than the one for Joey Porter. And though I don’t have any set-in-stone ranking, I think Settle is my favorite.

Similar to transitioning from Richard Mann to Darryl Drake, the Steelers may want to bring in a veteran presence to be the next RB’s coach. Settle has been coaching running backs since 1998 and spent stints in the NFL, most recently with the Cleveland Browns in 2013.

His most notable stop, from our standpoint, is the year he spent in Pittsburgh in 2014. There, he coached James Conner to a career campaign, rushing for over 1700 yards and 26 touchdowns. Since then, he’s been with Wisconsin for the second time in his career, first spending time there from 2006 to 2010. In addition to Conner, he’s coached up the likes of James White, Montee Ball, even John Clay, who grabbed a cup of coffee with the Steelers a decade ago.

Settle made one Pro Bowl as a player, 1988 for the Atlanta Falcons, so he brings some credibility to the building, too. As we’ve seen with Mike Munchak, that kind of resume is helpful, and something that doesn’t exist on this staff; Munchak is literally the only coach on this staff, coordinator or position, with a Pro Bowl on his resume.

Sherman Smith/Seattle: This one is a little tricky because Smith might be retired. Pete Carroll fired him from the Seahawks at the end of the 2017 season after a long career with the franchise. He’s already 64 but if you’re looking to maximize the Ben Roethlisberger window, age might not matter much.

Over the span Smith coached in Seattle, 2009 to 2017, they averaged the 8th best yards per carry (4.3). Munchak might be leaving the staff but if there’s one final thing he can do for the team, it’s give some info on Smith. They coached together in Houston/Tennessee from 1997 to 2007.

Smith, like Settle, had a solid NFL career. At 6’4 225, he was nicknamed him the “tank.” I don’t know how much it matters but Pittsburgh generally likes bigger, bruising backs, so maybe Smith’s background as being that type of dude helps mesh with the Steelers’ philosophy.

Tyrone Wheatley/Jacksonville: He’s more well-known for his football career than what he’s done as a coach. Wheatley was just canned by Jacksonville, doing their own staff shakeup coming off an awfully disappointing year. Another big back who gels with what the Steelers have largely looked for at the position.

Way back in 2008, just as he was breaking into coaching, Wheatley served as a Steelers’ training camp intern for running backs. So he’s not unfamiliar to Tomlin.

Eric Studesville/Miami: He may become a popular name after being let go in Miami. After spending an eternity in Denver, he was scooped up by Miami but last just this season. Studesville has consistently coached up running backs from Tiki Barber to Marshawn Lynch, Fred Jackson, and Knowshon Moreno, all four who had 1000 yard seasons under him.

If you’re looking for a running back lifer, this is your guy. Been coaching the position for more than 20 years.

Stan Drayton/Texas: Drayton comes with a mix of college and NFL experience blended with local ties. In 2015 and 2016, he served as the Chicago Bears running backs coach before taking the Texas job, where he’s currently the running back/run game coordinator in conjunction with an assistant head coach label.

Those titles and presumably, decent paycheck might make him a tough coach to wrestle away but he can jump back into the NFL and come back home. Drayton was born in Cleveland, Ohio and played his college ball at Allegheny, helping win the D3 National Championship in 1990.

He’s spent parts of his coaching career in the Ohio/Pennsylvania area, working at Penn, Villanova and more recently, Ohio State earlier this decade. Despite breaking into the coaching ranks way back in 1994, he’s only 47 years old, a combination of relative youth with loads of experience. That’s attractive.