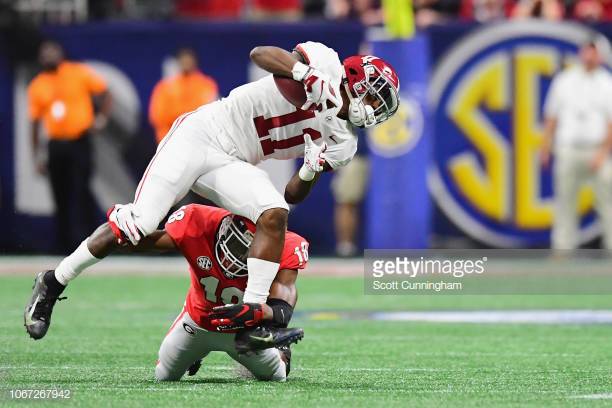 “The Steelers make a shrewd pick here with Baker, who may not be the fastest or twitchiest corner in the class but he might be the best at reading receivers’ routes and making plays on the football.”

Baker, a senior, picked off seven career passes as a Bulldog, including two of them in 2018. He also recorded 23 career breakups and a pair of forced fumbles. A three year starter, Georgia lists him at 5’11 185. Baker won this year’s Jim Thorpe Award, given to the nation’s best defensive back, along with a host of accolades from the media.

Corner is a predictable way to go for a team starving for secondary help. There’s plenty of needs on this defense, you can make an argument for practically any area, but corner is at or near the top of the list.

Pittsburgh has a history of using their top picks on Power 5 players, the last time they strayed from that in the first two rounds was with Ben Roethlisberger and Ricardo Colclough in 2004, but more recently, they’ve selected underclassmen. The last senior they took was Bud Dupree in 2015 and before that, Cam Heyward in 2011. So in that regard, Baker doesn’t quite fit. One of the best ways to tell where the Steelers are going to go in round one is where Mike Tomlin and Kevin Colbert attend Pro Days. At least one of them has shown up for the workout of the last nine top selections.

In Trapasso’s mock, Baker is the second corner off the board, trailing only Greedy Williams, mocked fifth overall to Tampa Bay. Byron Murphy is the only other corner in the first round, going 29th to Kansas City. Kentucky’s Josh Allen is the first man off the board to Arizona while Zach Allen bookends the first round, selecting by the LA Rams.

Look for a full report on Baker in the near future.