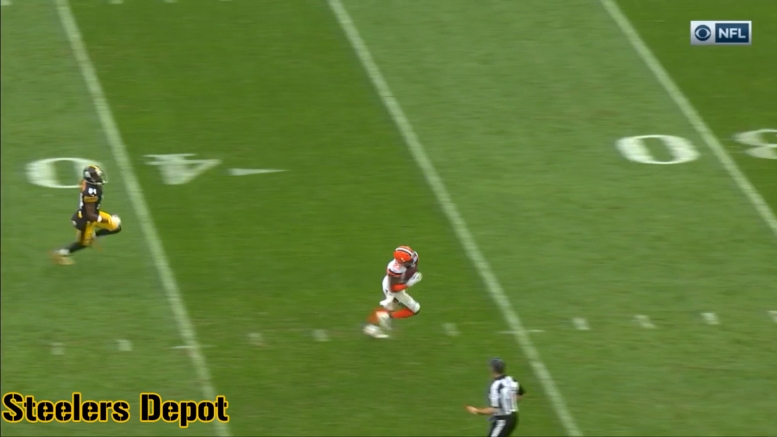 The Cleveland Browns won zero games in 2017. They nearly posted a winning record in 2018. All they had to do was change most of the roster and swap out two of the most important coaching positions in the middle of the season. But as they head into 2019, they are expecting big things for themselves.

Randall and the Browns were able to get off to a decent start, drawing to a tie with the Pittsburgh Steelers in a result that would ultimately keep the latter out of the playoffs. Had the Steelers won instead of tying, they would be hosting the Los Angeles Chargers this weekend.

After firing Head Coach Hue Jackson and offensive coordinator Todd Haley, interim head coach Gregg Williams helped lead the Browns to a 5-3 record in the second half of the season, with their only losses coming to three AFC playoff teams, those being the Baltimore Ravens, the Houston Texans, and the Kansas City Chiefs.

The loss to the Ravens that ended the season was one in which they remained competitive until the end. Though they got off to a slow start, they were able to march back in the second half, controlling possession of the ball late while trailing by only two. They were in position to attempt a long field goal on fourth down, but passed that opportunity up to run a play on offense instead.

“We’re a force to be reckoned with” Randall added. “At the end of the day, the AFC North is going to come through Cleveland from here on out and I’m just kind of looking forward to it. The future is bright here”.

The Browns posted a 3-2-1 record against AFC North teams this season, going 1-1 against the Ravens, 0-1-1 against the Steelers, and sweeping the Cincinnati Bengals. They posted the second-best record in the second half of the season in the division behind only the Ravens. Why the turnaround?

“This is a group that’s very tight and we got tight fast. It went from ‘we’re all on different teams’ to, ‘boom, we all play for the Browns, boom, we’re up in camp, boom, we’re all together 24/7’, it happens fast”, Randall said. “I feel like with the wins we did get, that builds a lot of confidence, a lot of swag and I feel like guys take that into the offseason and want to get better”

2019 certainly has the potential to be the Browns’ best season in over a decade with the young talent that they can put around Baker Mayfield on both sides of the ball. There have been a lot of false starts in Cleveland over the years, but now that they finally seem to have a quarterback, perhaps it’s time to start being concerned.