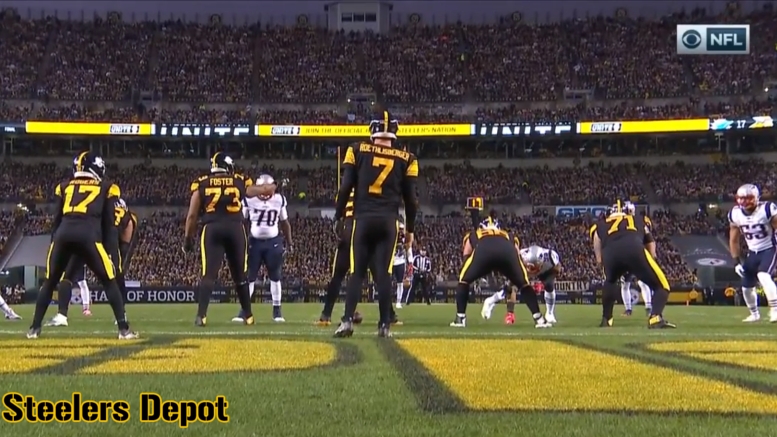 The Pittsburgh Steelers did not reach the postseason in 2018, for the first time since 2013, ending the longest streak of consecutive postseason appearances for the franchise since the mid-90s. this fate was the byproduct of two ships passing each other in the night—one, a submarine surfacing, the other on the surface slowly sinking.

You know which one the Steelers were, and the Baltimore Ravens were the other. Getting off to a 4-5 start, they won six of their final seven games and claimed the AFC North in the final week of the season. Pittsburgh, meanwhile, lost four of its final six games.

And yet they beat the New England Patriots, the first time since 2011 that they managed to accomplish that feat. In a 17-10 game that included a key defensive stop in the red zone against Tom Brady that resulted in an interception, the home crowd at Heinz Field was in a frenzy to watch the Steelers take down their nemesis.

The win kept them afloat for the hunt down the stretch, even a bye week still emerging as a distant play at 8-5-1. They may have just lost three games, including to two teams that ended up with losing records, but if they could beat the Patriots, they could beat anybody, right?

They could beat any team, in any stadium, in any given week. They have the talent for it. They just don’t always manage to do so, for one reason or another, whether it’s a fumble at the goal line or a bad x-ray machine or running into each other in the end zone or what have you. Pittsburgh has found a lot of ways to lose recently, in contrast to 2017, in which they found a lot of ways to win.

After being blown out by this same Patriots team in the 2016 AFC Championship game, the Steelers played an extremely competitive game against them late in the 2017 season, a game that under the rules of 2018 they likely would have won, and I’m sure I don’t need to go into the details to explain why that is so.

They really took it to New England in 2018, however. Outside of a huge blown coverage very early in the game that led to their longest scoring play allowed of the season, Brady and the Patriots offense really had a hard time getting anything done all game. When they did get into the red zone, they turned the ball over.

The season overall was clearly very disappointing, but the satisfaction of beating the Patriots—and doing so by watching the defense make a key late defensive stand—was certainly a highlight, even if it is small consolation as we all prepare to watch the Patriots attempt to tie the Steelers’ record of six Super Bowl victories.