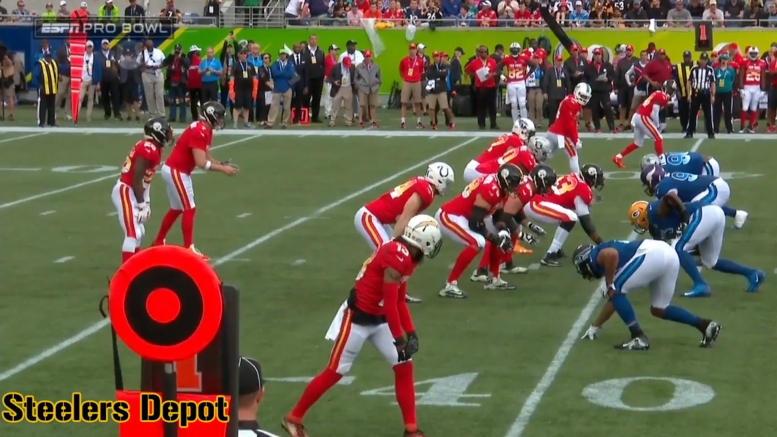 Question: Would you eliminate the Pro Bowl as a game or leave it alone, even if you don’t watch?

This is a conversation that takes place every year, and spoiler alert, the Pro Bowl as a game is not going to go anywhere as long as it draws ratings (it is). But there are certainly plenty of people who don’t value it at all, and many of those believe it shouldn’t even take place to begin with.

Certainly there was a time when actually playing in the Pro Bowl game carried a bit more prestige. It felt like more of an honor to participate on the field than it seems to now. I don’t know how much of that has to do with the fact that it decreasingly resembles a real game, but it’s certainly a factor.

Obviously the main argument in support of eliminating it is the unnecessary risk of injury to players in a game that doesn’t mean anything and only earns them a comparatively modest paycheck for participating. A couple of players received minor but notable injuries in this year’s game, including the Steelers’ JuJu Smith-Schuster. Tyler Eifert a few years ago suffered a more serious injury during the game.

Another argument in support of elimination is because many of the players who were actually voted into the Pro Bowl don’t participate. The fact that the Super Bowl teams couldn’t even if they want to after moving the game ahead of the championship game is one factor, but it’s far more common than it used to be for players to skip it due to any minor injury they can come up with.

So it’s an exhibition scrimmage that nevertheless puts players at risk for very very minimal gain and marginal entertainment value and doesn’t even come all that close to actually representing the ‘Pro Bowl’ team. Certainly sounds like a convincing argument for getting rid of the game. Yet I just can’t bring myself to get on board with that.